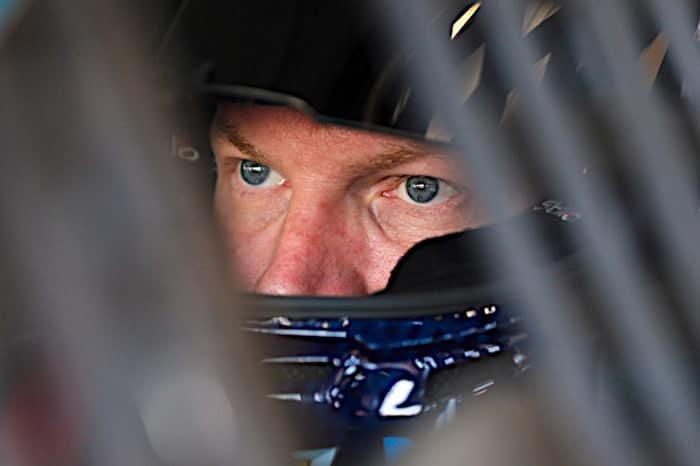 The Monster Energy NASCAR Cup Series is at Pocono Raceway Sunday afternoon for the Axalta 400.

Larson topped opening practice with a fast lap of 50.758 seconds, which was 0.022 seconds faster than eventual pole winner Kyle Busch. Now, he’ll start on the inside of row four for Sunday’s main event.

As for past history at Pocono, in six career starts, Larson has never recorded a finish outside the top 12. His average finish thus far in 2017 is 8.5, which is just a tick better than his career average of 8.8 at Pocono.

In the last race at the “Tricky Triangle”, Larson finished sixth (38 DraftKings points) after starting 11th (5 DK pts). He also led 37 laps (9.25 DK points). He added two fastest laps on top of that to bring in a total of 53.25 points on the weekend.

Larson notched yet another second-place finish last weekend at Dover, his fifth runner-up result on the season. It’s safe to say that with the way he’s been running this season, the No. 42 car will be fighting for the lead once again when all is said and done.

Junior blew his engine during opening practice Friday after running only eight laps. Due to the team having to swap out a new motor, he will have to line up at the tail end of the field as the green flag flies for Sunday. Unfortunately for DraftKings owners, Earnhardt threw down a first round qualifying lap, which slotted him officially in the 28th starting spot. It is from that number that his position differential points will start to accrue.

Luckily for Earnhardt, he seems to be finding his mojo. Two weeks ago, he picked up a 10th-place finish at Charlotte. That was followed up with an 11th-place run at Dover.

Pocono is arguably Earnhardt’s best track on the schedule as of late. The past four years have been exceptional, a complete turnaround from a track he struggled with early on in his career. In 2013, he finished third and fifth, the start of his rebound with the No. 88 team. He then swept both races in 2014 and followed that up with an 11th and a fourth-place result in 2015. In his one and only Pocono start last season, Earnhardt ran second. He had an average finish of 3.9 during that stretch.

Even with all of that, Earnhardt is still priced relatively cheap, making him a great pickup for Sunday’s roster. This track is one of the best shots for him to earn his first win of the season, locking up a spot in the playoffs. 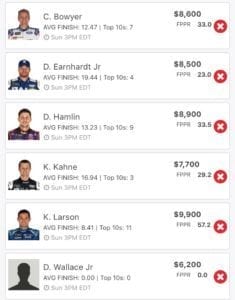