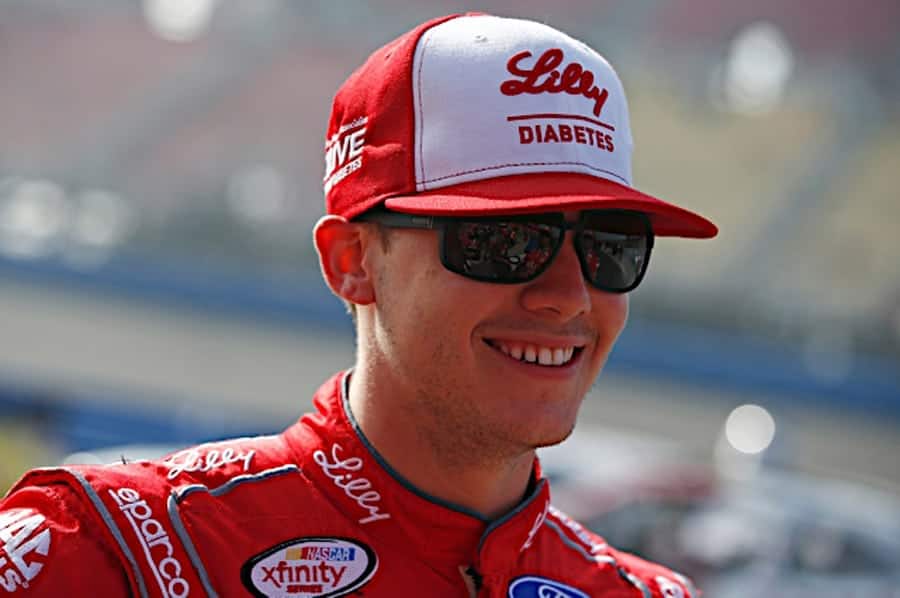 Ryan Reed is going it alone.

This year’s Daytona winner in NASCAR’s XFINITY Series no longer has a teammate at Roush Fenway Racing. Monday, the organization announced it’s shutting down their No. 6 Ford following this weekend’s event at Pocono Raceway. The move, due to lack of funding and Darrell Wallace Jr. heading to Cup cuts RFR to just one car.

The focus now turns exclusively, then to the 23-year-old Reed. The two-time Daytona XFINITY winner, including this February’s race sits a solid sixth in the point standings. Will this change help or hurt his push toward the championship?

“Having two teams that share notes every week is huge, whether it’s on Saturday or Sunday,” Reed told Frontstretch Friday at Pocono. “At the same time, I feel like the No. 16 team stays pretty true to our program. We know that me and Bubba [Wallace] are different as drivers, so we don’t usually look at the end of practice and then just go to that one setup. We go down our own path and we choose our own notes.”

That independent streak, Reed claims, has served him well especially this season. He’s off to the best start of his three-year career in the XFINITY Series. Through 11 events, the No. 16 car sits just 105 markers off current points leader Elliott Sadler. He’s already guaranteed to make the postseason, picking up five crucial playoff points at Daytona.

“As good as it’s been, I feel like there have been a lot of races that we have left disappointed,” Reed explained. “If we didn’t have DNFs at Bristol, Richmond, and Talladega, I wonder where we would be in points. Those are three tracks that I feel like we had a pretty good shot at top 10s. Putting that aside, I am very happy with where we are at.”

Now, Reed is RFR’s sole opportunity to win a championship in the XFINITY Series. All their resources will be directed toward the No. 16 team as the goal is to win a second title in three years. Chris Buescher conquered the series in 2015.

RFR’s XFINITY program is now picking up the pace this season to match Buescher’s effort. Reed is coming off the first top-five finish of his career outside of a restrictor plate track or road course last weekend at Dover International Speedway. In the same event, Wallace roared from 18th to the lead to win Stage 2, coming up just short of his first career victory.

Momentum is clearly on RFR’s side as of late. Add in Ricky Stenhouse Jr.’s win at Talladega on the Cup level and chemistry appears high within the RFR program despite contraction.

“That’s going to be one of the pluses,” Reed said of the emphasis moving directly to him. “We’re going to be singly focused on getting the [No.] 16 team a championship. Roush has always done a good job at distributing the attention. I never felt like we were short-handed or the focus was solely on Bubba, or that all the focus was on me and not on Bubba. Overall, we’ve already had meetings about it and how we can make sure that transition from two cars to one car, we don’t miss a beat.”

This is now the smallest RFR’s XFINITY program has been since 2012, the second of back-to-back seasons in which Stenhouse won the series championship. That year, Trevor Bayne piloted a second car for six events, while Carl Edwards, Travis Pastrana and Billy Johnson all ran one race.

The message that history brings? A title can still be won.

“I’ve enjoyed having Bubba as a teammate,” Reed said. “Obviously, he is a great racecar driver and it’s been exciting to work with him over the last couple of years. I hope the best for him going into the future, but I still know that we are going to be competitive and contend for a championship. I don’t think [contraction is] going to limit us from doing that.”

It is to be determined what will happen to the road crew of the No. 6 team. Roush Fenway Racing is home to hundreds of employees, but recently, it’s been slimming down. The Cup Series effort has been reduced to two teams, comprised of just Stenhouse and Bayne. Overall, it’s the smallest RFR has been since 1995, when Mark Martin and Ted Musgrave headlined the program.

Reed and company were hopeful their success would boost Wallace’s effort financially. But a major backer, despite both teams being solid contenders in the XFINITY Series never materialized for him.

“Sponsorship is a key component to this sport,” Reed said. “I don’t think it says anything about this series in particular, but something about the sport. It’s probably not the first time this has happened. It’s a rarity to see a car that is top five in points [shut down], you don’t usually see that. But at the beginning of the year they said the [No.] 6 car is pending funding.”

So now, it’s just Reed hoping to keep the good runs coming heading into the summer months. Last season, all of his seven top-10 finishes came after July 1, when he kicked off the second half of the season with a sixth-place run at Daytona.

He’ll now have to replicate that without a teammate in Wallace to lean on.