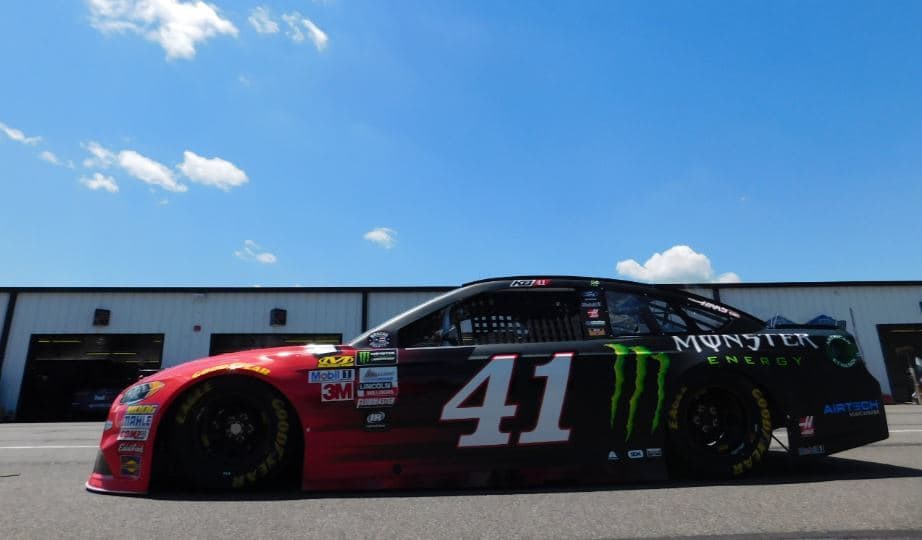 After winning the 59th annual Daytona 500, Kurt Busch could not get out of the gates to start the 2017 season. He backed it up with a seventh-place result at Atlanta Motor Speedway, but following that had four consecutive finishes of 24th or worse.

On Sunday at Pocono Raceway, Busch came in as the defending winner of the event, leading 32 laps last June. Posting his best qualifying effort of the season on Friday, the No. 41 team was in prime position to capitalize throughout the race.

Busch’s younger brother, Kyle Busch dominated the event, but the No. 41 team scored stage points in all three stages, finishing seventh in the opening stage and eighth in the second. Heading into the final stage, it was about which team played the cards the right way and had the best pit strategy.

On the final restart of the race with 13 laps to go, Busch restarted seventh, immediately jumping to fifth in the first lap. He would then pass his brother to finish fourth, his best finish since winning at Daytona.

“We battled really hard today and had a nice consistent run,” Busch said of his finish. “We just didn’t have any special speed and good lap times. I’m going to keep pushing hard. We’re going to keep chipping away at this and we’re going to get in good position.”

This is the second time this season that Busch and the No. 41 team has scored stage points in all three stages. During the Coca-Cola 600, the team finished sixth, after finishing ninth and fifth in the first two stages.

Last weekend at Dover on Lap 67, Busch spun underneath Kyle Larson. Less than 30 laps later, he blew a left rear tire, which put a damper on his day, ending the 400-mile race in 37th.

“We have to race the car within its boundaries,” Busch said. “I overstepped its boundaries last week in Dover because that restart I got sideways and wrecked it. Today, I was much more patient with it and fourth-place is good.”

The fifth-place effort is Busch’s 14th top-five finish and 19th top 10 in 32 starts at Pocono. With Kevin Harvick finishing second, it was the first time that Stewart-Haas Racing had two teams in the top five since Bristol when Clint Bowyer came home runner-up and the No. 4 car was third.

“This is good,” Busch said of gaining momentum after Pocono. “Our results have not been indicative of the performance, so it’s good to get a top five today.”