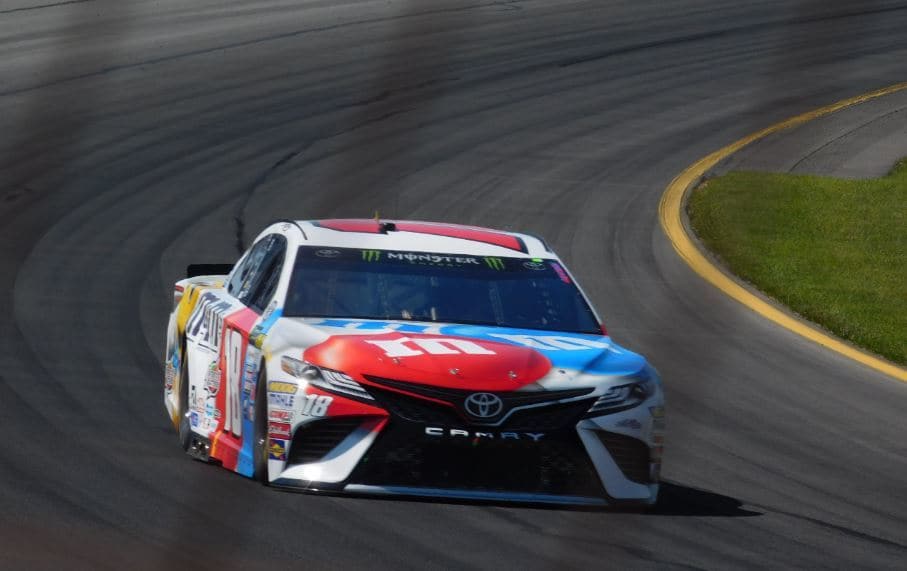 This past weekend was chock-full o’ racing, with NASCAR hosting three events, IndyCar in action accompanying the Trucks in Texas and Formula 1 making its annual appearance in Canada.  That meant there should have been something for everyone.  And if not, well what are you doing hanging around a motorsport site?

Each race had its own interesting storyline, which certainly helps keep things interesting, but there’s a silly little problem. What is with the Cup races taking so long recently?  Neither Dover nor Pocono were interrupted by rain stoppages yet both race went 30 minutes beyond their scheduled time allotment.  Did FOX not know how to budget for time?  Is this a byproduct of stage racing?  Is running over a subtle nod to those fans who are against shortening races?

Who knows what the reasons for these overages may be but it is a trend worth following as Cup heads to Michigan and onward.

Happiness Is… Stages.  Stage racing has evinced a kind of bittersweet feeling.  For many of the races this year, the last laps in the first two stages has brought a new sense of drama and with it, entertainment.  Not every race has followed this development but there have been signs that teams are well aware of the value of gaining stage points bonuses.

At Pocono this past weekend, the XFINITY and Cup teams got to play with both vying for stage points while also toying with a strategy of seeing the big picture of going for the win.  The convergence of this duality may have been best exemplified by Kyle Busch dominating the race only to have their strategy blow up at the end when they lacked the tires to compete with the cars that blew by them when they restarted with more than 10 laps to go.

The question isn’t so much what went wrong or right for any particular driver, but rather, how come more races haven’t featured more of these differing views on how to play the race?  Moving forward, the hope should be that we see more strategy played into the races in ways that

Happiness Is… Spry.  A few weeks ago at Kansas, Aric Almirola endured a rather serious wreck and suffered an injury that has kept him out of the car.  The initial diagnosis had him recuperating for 8-12 weeks, which for a broken back seems reasonable.  Word this week is that Almirola may be on the shorter side of healing.

After visiting with his doctor in Charlotte, North Carolina this week, the prognosis is that he might be back in the car for the July 11 race at Loudon, New Hampshire.  That’s great news for Almirola, who was driving a decent season so far.

Of course, the flipside to this story may be that the audition that Darrell Wallace Jr. is enjoying now looks to be cut short. But no one can begrudge someone getting well and returning to their job.  So  it will be interesting to see what Wallace does for the rest of the year and how Almirola performs after his return.

Happiness Is… Stops.  Pocono raceway cut the number of laps for its Cup races beginning in 2012, and while the track itself didn’t change, the racing sure did.  One of the enjoyable aspects, as mentioned above, is the sense of strategy that has developed but there’s a more important one: green flag pit stops.

For some reason, be it timely cautions or the stages or whatever, this season has featured an overall lack of green flag stops, which is takes away an important part of the sport.  All too often the pit stops have proven to be a follow-the-leader affair, mostly occurring when a caution flag waves and everyone heads to pit lane.  Such moments deprive events from having crew chiefs call for short pitting or more fuel mileage gambles or who knows what trick Chad Knaus might pull off.

Pocono, on the other hand, even when drivers were detonating their brakes, encouraged green flag stop strategies.  The good news is that Michigan is prone to long green flag runs, which should allow similar tactics, but the only issue there is that it is more likely for a car to go a lap down.

Happiness Is… Summer.  We’re approaching halfway marks in NASCAR, IndyCar and Formula 1.  In a line of normal thought, this time is usually where there is a sense of who has a bead on the championship and what themes have emerged in each series.  This year, however, there seems to be little consensus about who may have the look of the champion.  Nowhere is this notion more apparent that in NASCAR, where the Cup series keeps churning out winners.

Ryan Blaney likely just cemented his place in the playoffs, joining Ricky Stenhouse Jr. and Austin Dillon as first-time winners joining the fray.  Other than Jimmie Johnson doing his usual thing, there’s little amongst the rest of the favorites that screams they have any more of a shot than the newbies.  That Kyle Busch, Kevin Harvick and Matt Kenseth are all still puttering around the track without wins is a sure sign of this aspect.  It’ll be all the more fun if this trend continues.

You’ve had too much of the Kool-Aid! Have you sent your application to join Brian’s team?

Stage racing, as well as the stupid Chase, has done nothing to improve Cup. Since the Chase was dreamed up Nascar has been bleeding fans and the stage silliness has done nothing to reverse that. It seems to me that it is no coincidence that abandoning the traditional Championship racing format for the fake hyped up nonsense of the Chase and now stages is the problem. And why do they screw around so long between Stages? It should be 3 laps yellow and back to racing, maximum. I see no reason why that can’t be done. These overly long shows are killing interest. Take the first 15 laps and the last 15 laps and you’ve got a hell of a good race, everything else was just filler.

I’ve been thinking that there should be no pit stops after a heat race. Or better yet no stoppage. Just keep running and keep track of the top ten. When they had the half way bonus money they didn’t stop the race (back then it was a race).

A leaders decision to pit for tires at a late race caution or not has been problematical for years. Track position is king…unless everyone behind you gets new tires. It has happened many times, and has absolutely nothing to do with stage racing. The stages have just replaced the bogus yellow flags that Nascar likes to throw randomly.

Salb, the difference is that, prior to the stages, when there were a lot of legitimate cautions NASCAR was less likely to throw a fake debris caution. Fake cautions were mainly thrown after a long green flag run where everyone was spread out and the race had turned into a high-speed parade. This irked most of us (especially if our driver was in the lead) because we knew they were pissing on us and telling us it was raining but it wasn’t exactly unwelcome in many cases.

But these stage cautions are absolute. Regardless of how many legitimate cautions there are or how great the racing is at that particular moment, there will be a mandatory caution thrown. There is just as much chance of that mandatory caution robbing us of some good racing as there is relieving us from a boring spread out conveyer of cars.

The stages are killing green flag pit stops which, for me, are one of the aspects of racing that I really liked. They are making the races longer as well. I agree with Sol, there is no need to stop the race and throw a caution just to award stage points. We all can see the running order but we also all know the truth, the main reason for the stages and the caution that goes with them is for Fox to jam in more commercials. Or maybe there should just be two stages, one at the 1/3 point of the race and then the end. That would be a compromise.

As for looking at who is shaping up to be champion, number of wins is no longer a reliable factor with which to determine who the favorites are. The crapshoot nature of late double file restarts and GWC finishes often results in a finishing order that does not reflect the running order during the race. Look at laps led. The top 3 drivers in laps led are the favorites.

Living in Metrolina I’ve been a race fan 50+ years. The sport(write in Entertainment) is on it’s last breath. I watch only now as a filler for real sports on TV.
The Chase, race stages, and NA$CAR’s fluid rules book, have pretty much killed my desire to continue. I enjoy reading the FRONTSTRETCH columns weekly to
see how other fans feel. FRONTSTRECH is the only real rebuttal to Brian France’s ridiculous leadership and continuing arrogance of the France family as the sport dies.
RIP.

Stage racing is an embarrassment for the sport as is “The Chase” or whatever Brian tries to tell the sheep it is this year! And how anybody can endorse or like these ever increasing gimmicks sucks, imo!