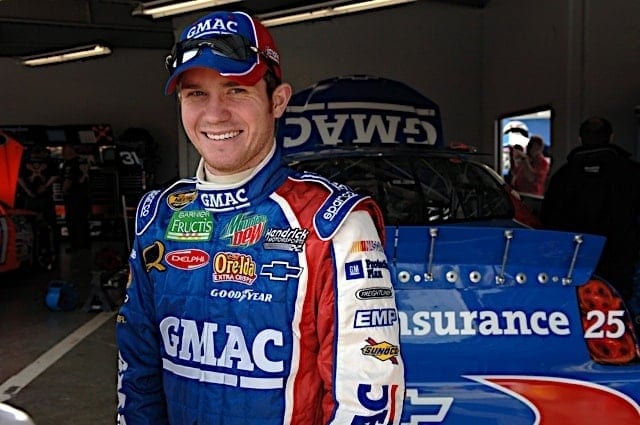 When Ryan Blaney won his first Monster Energy NASCAR Cup Series race last Sunday at Pocono Raceway, he did so at the ripe old age of 23 years old.

Which has to put him among the youngest winners ever in the series, right?

Well, yes, but also… not totally. I mean, look, with his win, Blaney becomes one of eight different drivers in NASCAR history who won their first Cup event at 23, a roster that includes Chris Buescher (also a first-time winner at Pocono last year) and former Cup champions Terry Labonte and Kurt Busch.

But none of those drivers are among the 10 youngest.

Since the first NASCAR race in 1949, nine drivers have won their first races at age 22 or younger. A 10th was, like Blaney, 23, but a younger 23 (as in roughly two months past his birthday vs. Blaney’s five-and-a-half), which slots him into 10th on the all-time youngest first-time winners list.

The top 10 list is a veritable who’s who of NASCAR drivers, from current stars to eventual greats. Petty, Gordon, Busch, Roberts — you get the gist.

There might be a few surprises in there, too. Drivers you forgot about. Maybe even a few you’re not familiar with at all.

Either way: if Ryan Blaney isn’t one of the 10 youngest first-time victors in the Cup Series ever, despite being just 23 years old, who is?

1. Joey Logano, 19. Currently the only Cup winner ever who wasn’t in his twenties, Joey Logano famously took the checkered flag in his rookie season at New Hampshire Motor Speedway in 2009. And then didn’t win until 2012. But hey, he’s doing fine now, right?

3. Kyle Busch, 20. It took him about two thirds of his rookie season, but Kyle Busch eventually pulled into Victory Lane at Auto Club Speedway in September 2005. He hasn’t spent a season winless since.

5. Fireball Roberts, 21. Roberts, one of the greats of NASCAR’s early days, emerged victorious in his first season, 1950, winning at Occoneechee Speedway in Hillsborough, N.C. The rest of his 33 career wins came starting six years later, when he won five races in 1956.

8. Jeff Gordon, 22. Simply too perfect that Gordon’s first race was Petty’s last and that they both won for the first time at 22 years old, Gordon doing so in the 1994 Coca-Cola 600.

9. Brian Vickers, 22. Just 16 days before his 23rd birthday, Vickers rattled the first of three career wins, this one coming at Talladega.

10. Bill Rexford, 23. Rexford, the 1950 Cup champion, won just one race in his career. It came at Canfield Speedway in Canfield, Ohio.