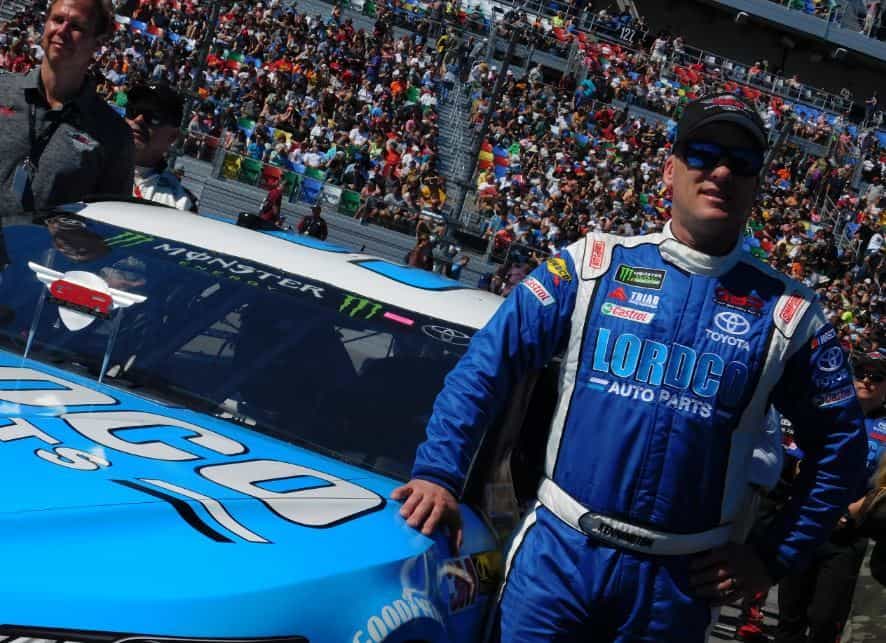 Canadian D.J. Kennington is going south of the border again to drive in the the Monster Energy NASCAR Cup Series. But this time, it’ll be with a different team after attempting the first two restrictor plate events with Gaunt Brothers Racing.

Next month, he’ll run the No. 15 for Premium Motorsports at Daytona International Speedway. Kennington made the announcement on his Twitter page along with an image of the car, which will be sponsored by Xchange of America and Lordco Auto Parts.

Earlier in the season, Kennington raced his way into the Daytona 500 for Gaunt Bros. He finished 36th with their No. 96 Toyota after getting involved in a mid-race wreck. The two-time NASCAR Pinty’s Series champion then failed to qualify at Talladega Superspeedway with the team.

For the July Daytona event, Kennington will replace Reed Sorenson at Premium. This No. 15 team is the one he made his Cup debut with at Phoenix International Raceway in the fall of 2016.

The deal was announced as a one-race effort. Sorenson remains Premium’s primary driver and no information was released as to whether the Gaunt Bros. will still attempt Daytona.

Kennington, by virtue of Premium’s charter is now guaranteed a spot in Daytona’s starting lineup.