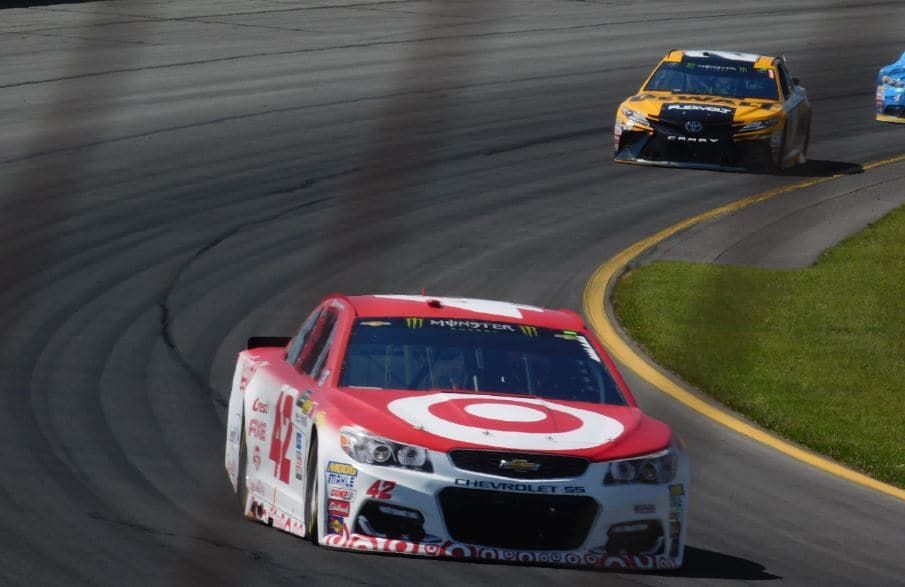 The drivers of NASCAR’s top division were out and about at Michigan International Speedway, flying around the 2-mile track at upwards of 215 mph late Friday morning.

Chip Ganassi Racing driver Kyle Larson set the pace during the first practice session prior to the FireKeepers Casino 400, clocking in a time of 35.857 seconds, equating to 200.798 mph. Kyle Busch ended practice slightly behind Larson by a mere 32-one-hundredths of a second.

The track record, set by four-time Monster Energy NASCAR Cup Series champion Jeff Gordon in Aug. 2014, is not in jeopardy. Gordon’s record is about six mph quicker at 206.558 mph.

Logano is the lone driver of the top five currently not locked into the playoffs after an encumbered finish took away his victory bonus at Richmond International Raceway. But he is the reigning winner of this race, leading 138 laps en route to the triumph in 2016.

XFINITY Series regular Ryan Reed ran three laps in the No. 6 car at the start of practice as Trevor Bayne awaits the birth of his second child, which could come as early as this weekend. Since Reed has not participated in a Cup race since Talladega Superspeedway last October, Roush Fenway Racing put him in the racecar on Friday so he would be prepared should Bayne have to miss Sunday’s race.

As practice concluded, Front Row Motorsports’ Landon Cassill got loose and pounded his No. 34 car into the wall. He will have to go to a backup car as he destroyed the rear-end of his racecar.

Qualifying for the FireKeepers Casino 400 at Michigan will be held at 4:15 p.m. ET on Fox Sports 2.

Click here for results from the first practice at Michigan.