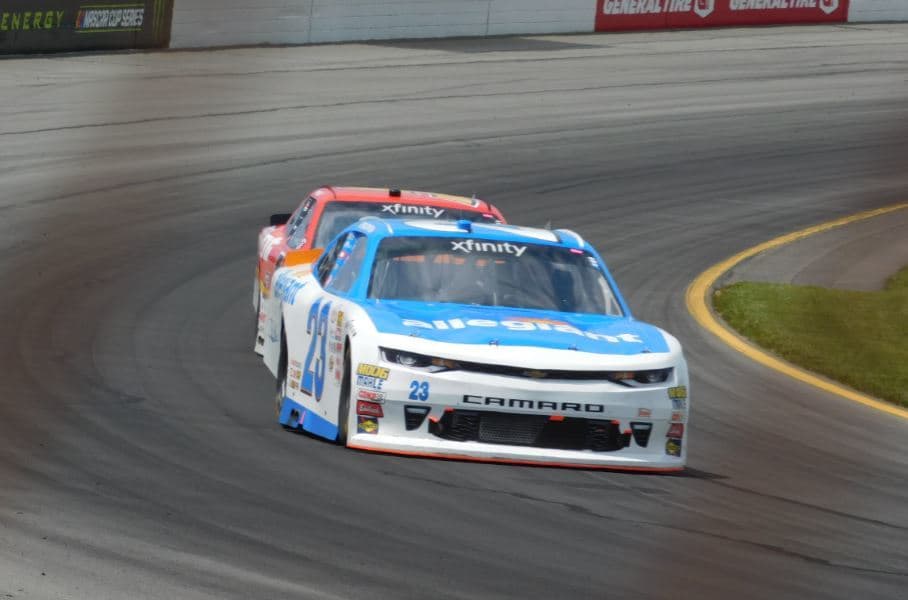 Spencer Gallagher is taking a liking to Michigan International Speedway.

The GMS Racing driver set the pace during the first NASCAR XFINITY Series practice Friday, clocking in a time of 37.834 seconds to lead the way. Behind Gallagher was Ryan Reed, who was 0.037 seconds off the No. 23 car’s time as practice came to an end.

Monster Energy NASCAR Cup Series regulars Brad Keselowski and Kyle Busch were third and fourth, respectively, on the speed chart. Denny Hamlin, making his third XFINITY Series start of the year, was ninth on the pylon when the first practice concluded.

Championship leader Justin Allgaier clocked in a time that put him in the 14th position early Friday.

Korbin Forrister, making his first XFINITY Series start since 2015, spun at the beginning of first practice but did not hit anything.

Click here for results from the first XFINITY Series practice of the weekend.

Keselowski took the reigns for Happy Hour at his home track of Michigan. The No. 22 car, fresh off its first win since Nov. 2015, went to the top of the pylon with a time of 37.277 seconds.

Trailing Keselowski at the conclusion of final practice was veteran Elliott Sadler, who clocked in a time 12 one-hundredths slower than the former Cup Series champion.

Gallagher fell from the top time to 15th in the second practice. Busch dropped down to seventh after clocking in the fourth quickest time earlier in the day.