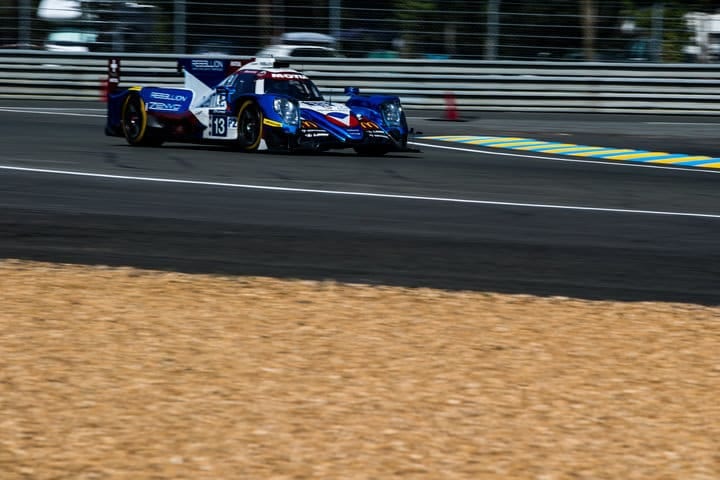 On Monday afternoon, the FIA announced that the No. 13 ORECA 07-Gibson for Vaillante Rebellion has been disqualified from last weekend’s 24 Hours of Le Mans as a result of infractions found post-race.  As a result, the team of Mathias Beche, Julien Canal and David Heinemeier Hansson will lose their second-place finish in LMP2 (third overall).

The WEC’s press release indicates the disqualification was handed down for two violations.  First, the No. 13 ORECA 07-Gibson was found to have violated Article 3 of the 2017 FIA World Endurance Championship LMP2 Technical Regulations.  That passage reads quite simply, “No bodywork variation is permitted.”

According to SportsCar365.com, the modification consisted of a hole that was drilled in the side of the engine cover so that the crew could more easily access the starter motor.  The team had had issues with the starter earlier in the race.  Rules dictate that the engine must be turned off during refueling, then must restart without assistance.

The only bodywork changes that are allowed are the removal (or addition) of two flaps at the front of the car for additional downforce, or a potential low-downforce body kit for Le Mans only.  Onroak Automotive attempted to homologate a low-downforce bodykit for the Ligier JS P217, but they were declined.

The second violation noted was an “unauthorized intervention in Parc Fermé after the race.”  Parc Fermé operates similar to an impound at a NASCAR race.  According to the Sporting Regulations, all that is allowed for a non-hybrid car in Parc Fermé is for one crewmember to plug the car into a cool-down machine, or to place external cooling devices around the car.  Also, another crewmember must be at the entrance to Parc Fermé in order to be informed of any issues.  Simply not presenting the car post-race in Parc Fermé can get a team excluded.  Unauthorized touching can get you excluded as well.

As a result of the DQ, all of the classified finishers move up one place.  Jackie Chan DC Racing’s No. 37 ORECA 07-Gibson shared by Alex Brundle, David Cheng and Tristan Gommendy is now considered to be the second-place car (third overall) in LMP2, giving Jackie Chan DC Racing a 1-2 finish.  Signatech Alpine Matmut’s No. 35 Alpine A470-Gibson for André Negrao, Nelson Panciatici and Pierre Ragues inherits third in LMP2.

Vaillante Rebellion intends on appealing the ruling.  However, they are still in the progress of reviewing the finding.

We have been informed of the WEC stewards decision and will publish a press release once our investigation done.

rules are rules, and the scrutineers at LeMans have made their presence felt on many occasions.