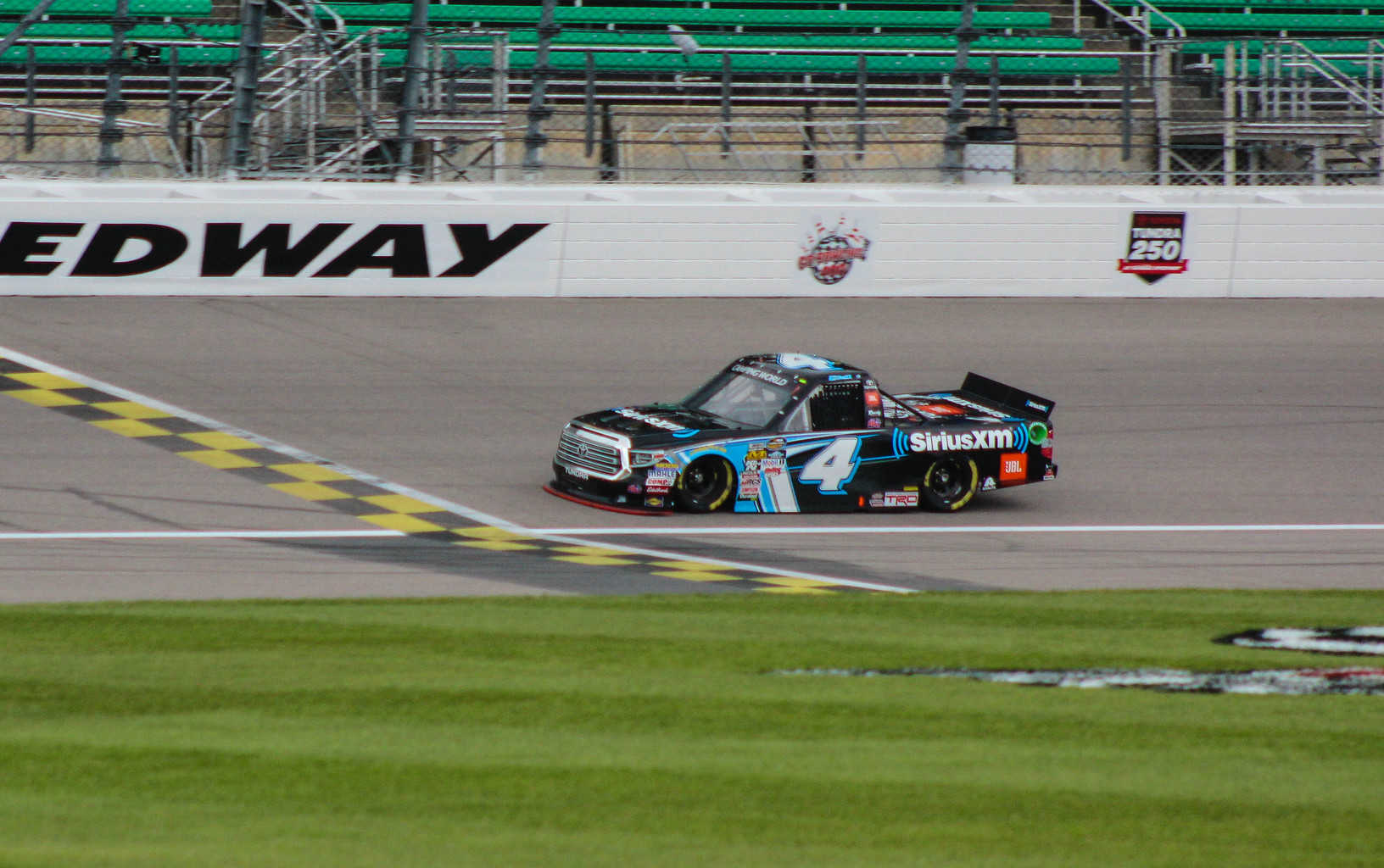 On Friday afternoon (June 23) at Iowa Speedway, Kyle Busch Motorsports’ Christopher Bell was the fastest man in Camping World Truck Series practice.  Bell’s lap of 23.289 seconds (135.257 mph) in the first session stood up as the fastest lap of the day.

Only six drivers in the first session completed a 10-lap run on course.  Of those six, Briscoe was fastest with an average lap time of 24.272 seconds (129.780 mph), followed by Bell.

In Camping World Truck Series happy hour, it was Jones in the MDM Motorsports No. 99 Chevrolet that topped the charts.  Jones’ quick time on his final lap of practice was only one-thousandth of a second slower than Bell’s quick time in the first session.

Rhodes was the fastest driver of the day in the 10-lap average, averaging a lap time of approximately 23.956 seconds (131.490 mph), seven-hundredths of a second faster than Truex.

Qualifying for the M&M’s 200 is scheduled to begin at 6:05 p.m. ET.  The session will not be televised as part of it will take place at the same time as Final Practice from Sonoma for the Monster Energy NASCAR Cup Series.