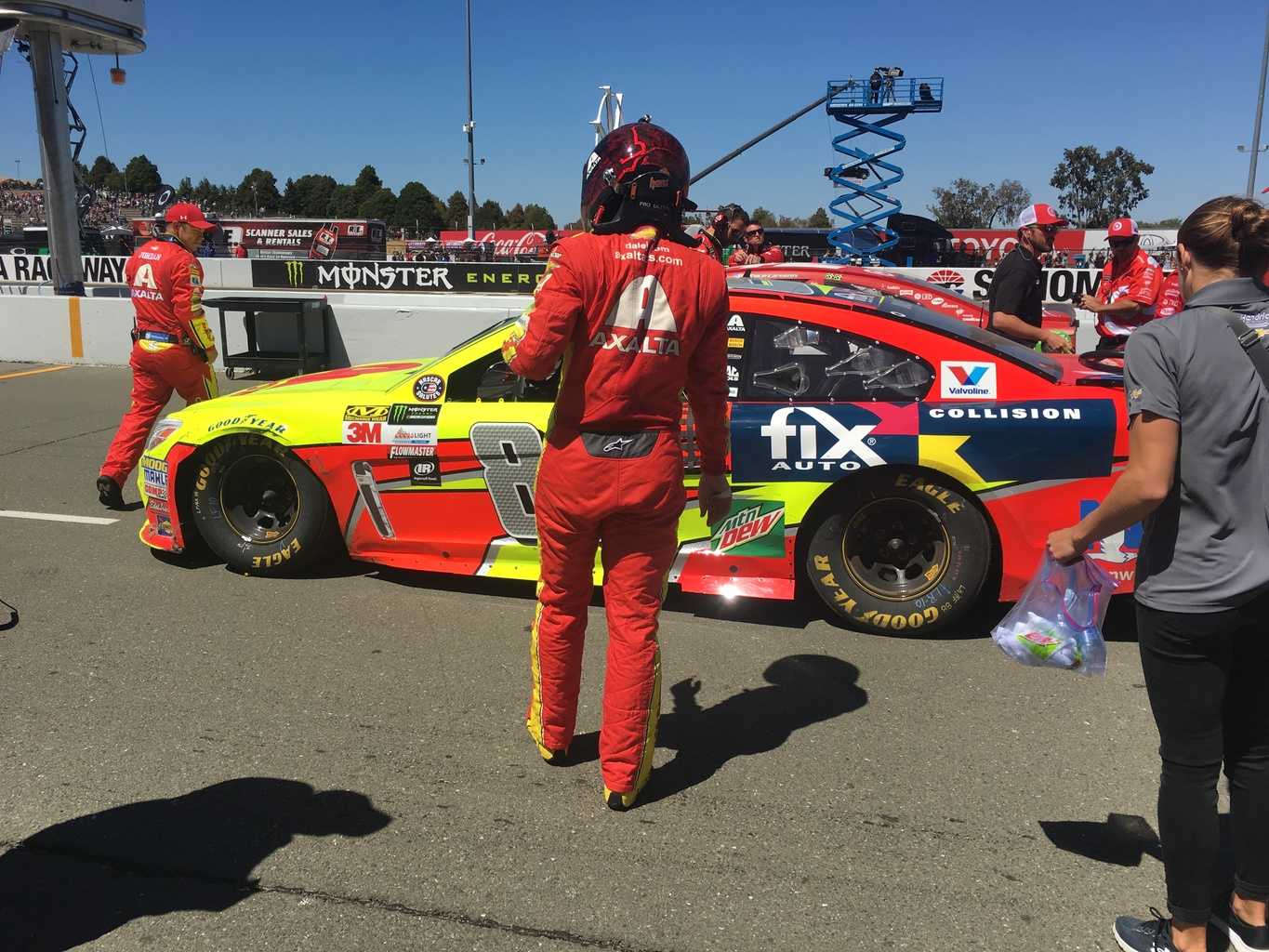 Dale Earnhardt Jr., road-course ace? It might not be as far off as you think.

The Hendrick Motorsports driver came home in sixth place at Sonoma Raceway in the Toyota/Save Mart 350, his third finish inside the top 10 at the California track over the last four races. In his final scheduled Monster Energy NASCAR Cup Series start at the 12-turn, 1.99-mile road course, he increased his result after a seventh-place finish in 2015 and 11th last season.

“Once we got settled in we just kinda ran our laps,” Earnhardt said on pit road. “I just tried to take care of the car. I couldn’t run as hard as I wanted to right off the bat on stickers because it seemed to really hurt the car on the long run with the drive off. So I took care of it the first 10 laps and then, the car had a lot more to offer on the end of the run.”

The last green flag run lasted the entirety of the final stage, 56 laps to be exact. That stretch saw a handful of drivers stay out to try and catch a caution after stretching their fuel. There were a couple incidents inside of 15 laps to go that saw Matt Kenseth and Boris Said spin out in the dirt, but NASCAR didn’t throw the caution.

“Good for NASCAR, man, I’ll tell ya,” he said. “I think they heard the voices last week. There were some opportunities for them to throw some yellows without any gripe from anyone, and they let it play out. So that was a race.”

Earnhardt was involved in a pair of incidents in the first stage. The bigger of the two came on lap 16, when his No. 88 Axalta Chevrolet locked up the brakes and slid in Turn 11. Earnhardt made contact with Danica Patrick and spun around. The damage was minimal, and he was able to continue.

“Danica was trying to protect her position going into [Turn] 11 and I went even lower than we normally go,” Earnhardt said. “I locked up the tires. That’s a racing deal. I’ll take some responsibility for that. But after all that, we settled in, ran our own race and got a top 10, we feel good about it.”

Earnhardt Jr. drove the racecar and listened to crew chief Greg Ives when it came to pit strategy Sunday afternoon. But even with Ives in his ears, he wasn’t sure what was happening terms of fuel mileage.

“I can’t tell whats gong on,” Earnhardt Jr. said with a smile. “Honestly, like I don’t know with 30 [laps] to go whether or not I got enough [fuel] to stay out, and who I’m racing, and what the hell is going on. So I just try to put together clean laps. Greg (Ives) ain’t got enough time to explain to me what’s going on. He probably knows what’s going on but I sure don’t.”

The conclusion of this race means that NASCAR’s Most Popular Driver has one scheduled road course race left in his MENCS career at Watkins Glen International later this summer. Next week, he will be at Daytona International Speedway for the final scheduled event as a full-time competitor.

“I don’t really plan on going anywhere,” he said. “I just ain’t going to drive the cars as much […] I never really liked this place when if first ran here, but I’ve certainly gotten to the point where I enjoy coming here and enjoy the weekend. The races can be fun here. This probably ain’t he last time I’ll be here.

“Just like the wine out here, I just get better with age running around this place. I can’t do it without a good car and I’ve had some great great cars out here the last several trips.”

I like how Joy, Gordon and Waltrip would not tell the complete story of how Junior took out Danica twice. Not her fault as usual. They sugar coated it and left out the specifics when recapping the yellows. So glad their done this year. At least Kyle Petty will not censor the facts.