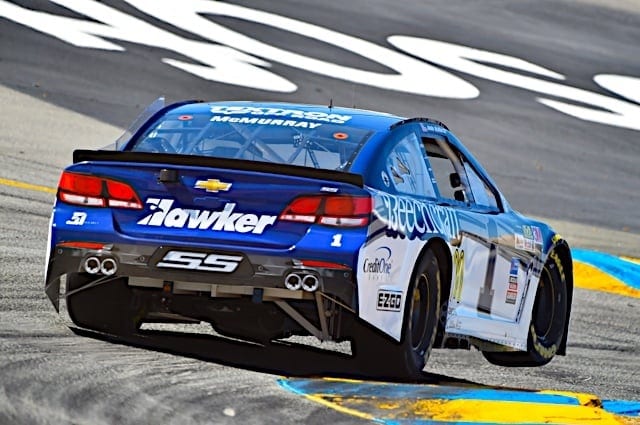 Jamie McMurray has a knack for winning the big races. With a Daytona 500, Brickyard 400, Coca-Cola 600 and All-Star Race on his resume, why wouldn’t he?

But he’s also known for being a respectable road course racer. With an average finish of 16.3 coming into this weekend’s Toyota/Save Mart 350 at Sonoma Raceway, McMurray started second next to Chip Ganassi Racing teammate Kyle Larson at the 1.99-mile, 12-turn road course in Northern California, and had a solid day.

“Yeah, it was a really good day,” McMurray said post-race on pit road after his 10th-place finish. “I thought we were going to be fourth or fifth, but some of those guys pitted and actually ran us back down with tires, which you normally don’t see. We normally don’t have that long of green flag runs. But overall, solid day for our Cessna Chevy. Proud of all of our guys. Pretty uneventful race for us.”

McMurray started on the front row for the first time at the track since winning back-to-back poles in 2013 and 2014, and led one lap in the 110-lap event. He now sits eighth in the Monster Energy NASCAR Cup Series standings, 162 points behind the leader.

With Kevin Harvick’s victory, there are now six remaining spots in the playoffs. McMurray sits third in line behind Kyle Busch (fourth) and Chase Elliott (sixth) based on points, putting him 14th on the playoff grid. He is currently one point ahead of Denny Hamlin.

Despite Larson’s 26th-place finish, Chip Ganassi Racing still sits atop the championship owner standings with the No. 42 team, 13 clear of Furniture Row Racing’s No. 78 team.