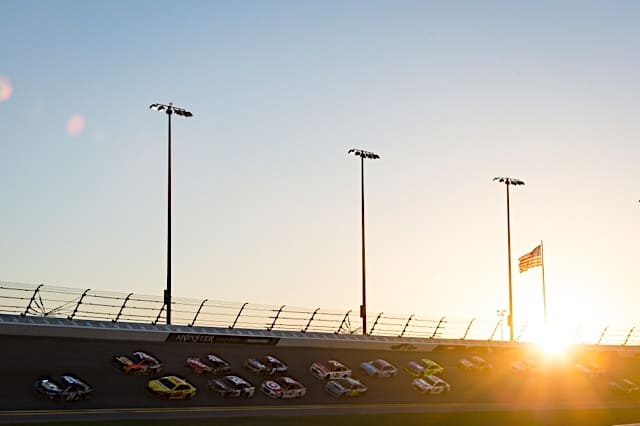 The Monster Energy NASCAR Cup Series returns to Daytona this weekend for the Coke Zero 400. The entry list for the race has been released and there’s a number of notable changes after the road course event at Sonoma last weekend.

A full field of 40 cars will contest the 160-lap, 400-mile race that’ll be broadcast on NBC Saturday night. Heading the changes are three teams absent at Sonoma who are back for the third MENCS plate race of the season.

The No. 75 of Beard Motorsports is back, a restrictor plate race-only team that has Brendan Gaughan behind the wheel. BK Racing is also bringing their No. 83 Toyota, a second car running just a limited schedule in 2017. Rookie Ryan Sieg will drive that this week with sponsorship from Dustless Blasting. Rounding out the teams back on the list this week is the No. 7 owned by Tommy Baldwin. XFINITY Series regular Elliott Sadler returns to the driver’s seat armed with sponsorship from Golden Corral.

Among the notables missing this week is the No. 51 owned by Rick Ware. The car has now missed two of the last three events since Cody Ware revealed he’s suffered a back injury. The No. 96 owned by Marty Gaunt, a restrictor plate-only team also chose to skip this event, initially on their schedule while driver DJ Kennington paired up with Premium Motorsports.

Kennington will drive the No. 15 for Premium while Reed Sorenson, replaced temporarily at Sonoma is back running the No. 55. Bubba Wallace also makes his return, back in the No. 43 Ford to sub for Aric Almirola after road course expert Billy Johnson ran Sonoma in the car.

Other oval course drivers back in their seats include Jeffrey Earnhardt in the No. 33 for Circle Sport/TMG and Corey Lajoie, now in the No. 23 for BK Racing. Of note, rookie Gray Gaulding is not entered with BK Racing for this event and has not run in either of their two cars for a month.