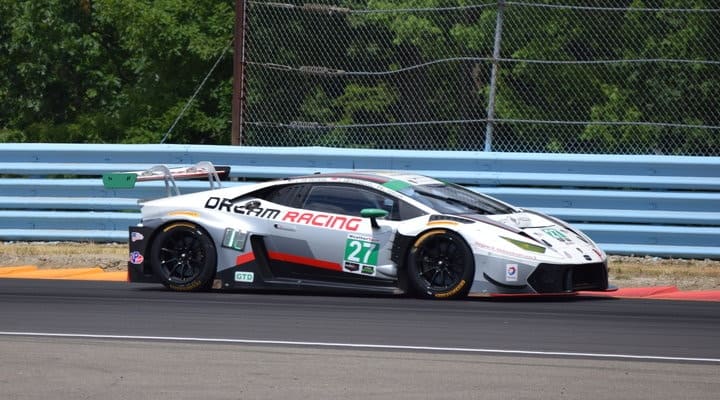 The entry list for Sunday’s Sahlen’s Six Hours at the Glen has been by IMSA.  39 cars in the IMSA WeatherTech SportsCar Championship’s four classes will battle on Watkins Glen International’s 3.37-mile long course.

In Prototypes, Olivier Pla will be in the No. 52 PR1/Mathiasen Motorsports Ligier JS P217-Gibson this weekend alongside José Gutierrez.  That is the only major change in the class for this weekend, but there are more changes coming down the line.

Ed Brown, regular driver in the No. 22 Tequila Patron ESM Nissan DPi and President/CEO of Patron Spirits, announced his retirement from racing on Monday.  Watkins Glen will be his final race for the time being.  Pipo Derani, who returns to the No. 2 this weekend, will jump to the No. 22 for the remainder of the season to replace Brown alongside Johannes van Overbeek.

In Prototype Challenge, four teams are currently entered.  Starworks Motorsport returns with their No. 8, but no drivers are currently listed in the roster.  As of last Monday, the team was openly looking on Twitter for a third driver.

We still have 1 spot open for a funded Silver for next week at Watkins Glen 6 Hour. Contact us if interested!

Despite the retired Allan McNish openly campaigning to get the ride as an silver-rated amateur (he’s not one and wouldn’t get that rating until at least 2020), there is no news at the point to report about the open slot.  The list will likely update in the coming days.

BAR1 Motorsports’ No. 26 also has unannounced drivers in the car.  In the No. 20, Buddy Rice returns after missing Detroit.  He’s joined by regular Don Yount and Danny Burkett, back for the first time since Sebring.  He’ll likely be sans lumberjack firesuit.

In GT Le Mans, there are two big stories.  The first is one we touched on in Pace Laps on Monday.  Risi Competizione is not entered.  They are regrouping their effort and plan to be back at some point later this year.  As a result of the No. 62’s absence, there are only eight GTLM entries and no Ferraris.

The other interesting story of the week is Gianmaria Bruni making his debut in Porsche GT Team’s No. 912 Porsche 911 RSR alongside Laurens Vanthoor.  Bruni is a former Ferrari racer, having competed for AF Corse for years.  Before that, he drove for Risi Competizione here in the United States.  Putting Bruni in the No. 912 opens up Kevin Estre to focus solely on the FIA World Endurance Championship.  Given Bruni’s experience, he should have no trouble adjusting to the new Porsche.

In GT Daytona, 17 cars are entered.  Alex Job Racing, which is only running the Tequila Patron North American Endurance Cup races, returns with Townsend Bell, Frankie Montecalvo and Bill Sweedler in the No. 23 Audi.  The Dream Racing Motorsport No. 27 Lamborghini (pictured above last year at Watkins Glen) is back as well with Lawrence DeGeorge, Paolo Ruberti and Cedric Sbirrazzuoli driving.  The team has not competed since Sebring and has seemingly been hinting at switching to Pirelli World Challenge.  DeGeorge had a huge crash last year in practice that wiped a chassis just before the Inner Loop.  He’ll be looking to substantially improve on that performance.

Michael Christensen is back in the No. 28 Porsche for Alegra Motorsports, replacing Porsche Junioren driver Mathieu Jaminet.  Christensen has missed the last two rounds due to WEC commitments.