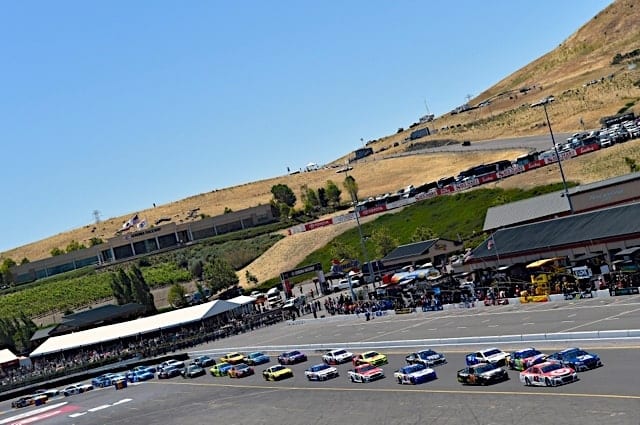 The Monster Energy NASCAR Cup Series made the annual trek to Napa Valley this weekend. The Sonoma Raceway has enough twists and turns to make one feel like they’ve just downed an entire bottle of vintage wine. From the carousel to the hairpin, it’s all about lefts and rights, up and downs. Plus, let’s be honest, only road courses are awesome enough to have named corners.

California native Kevin Harvick showed the field that he hasn’t forgotten how to wheel it around a road course. 11 years after his first win on such a circuit, Harvick vindicated himself for several near misses at Sonoma. Harvick’s first win of 2017 also put Stewart-Haas Racing back into Victory Lane for the first time since the season-opener at Daytona.

Now, about these Power Rankings: Like a fine Merlot, our contributors get better with age. Well, at least we think so. The track may weave left and right but neither the turns nor the spirits went to our heads. But now that the list is complete, were we able to keep our focus on the pavement? Or did we bury it up to the axles in a gravel trap? You decide.