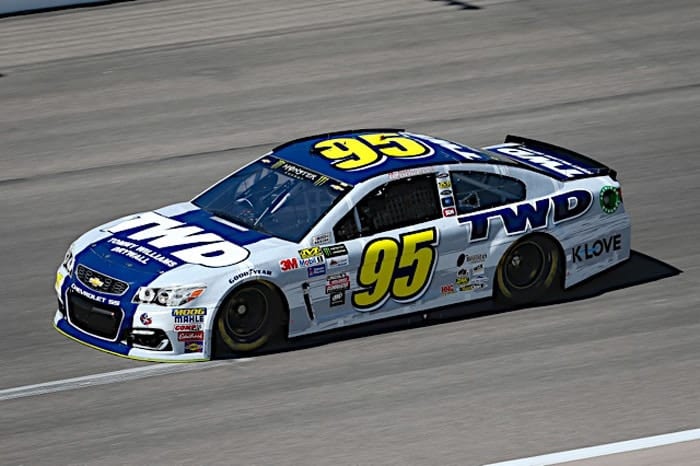 Track surfaces aren’t the inly thing heating up as summertime hits full swing.  NASCAR’s Silly Season is coming, and while so far, it’s been confined to rumblings and rumors, there’s potential for things to blow up.  While most of the speculation concerns the bigger teams in the sport, including who will fill the seat of the No. 88 at powerhouse Hendrick Motorsports, the smaller teams could be facing some shakeups as well.

For now, all of this talk is pure speculation, as nothing has been announced. Remember, rumors have the tendency to change ten times before the eleventh option actually happens.

But a few of the rumors are worth looking at, at least from a “what if they happened?” standpoint.

There are also a few givens for next year we already know.  The Nos. 21 and 37 are running on leased charters this season, so that means they’ll have to either find a different charter to lease, find one for sale, or run as open teams.  Roush Fenway Racing owns the No. 37’s charter as well as having its driver, Chris Buescher, under contract. So if they can find sponsorship, it’s probable that they will take it all back, lock, stock and barrel.

Of course, that’s if they can find sponsorship.  If not, the charter has to be used or sold, so JTG Daugherty could become a permanent two-car team if the wind blows right.

The Wood Brothers charter is owned by Go FAS Racing (who’s leasing a different charter this year), and it’s likely the No. 32 will want it back. The double lease was to the team’s advantage; it assures them they won’t be at the bottom of the charter barrel for three years running, which could leave them in jeopardy of losing it.

Once that lease expires, it leaves the No. 21 looking again.  And, while they’re at it, they could be looking for another driver.  Roger Penske has stated on multiple occasions that he wants Ryan Blaney under the Team Penske roof. Should he can make that third team happen for 2018, the No. 21 team will have itself an opening.

If you’re with me so far, this change could really just be the tip of the iceberg.  One thing I’ve seen bandied about, though how many teeth it actually has is debatable, is the possibility of Paul Menard moving to the No. 21 with his family business as sponsor.

With Menard’s departure, that would open the door at Richard Childress Racing for Ty Dillon. On that level, it makes sense. The question mark there is sponsorship. GEICO has been loyal to the No. 13 and Germain Racing for a long time; could the company be enticed to move on with Dillon?  That’s a question mark, and the possible answer leaves a bit of a bad taste, but it’s within the realm of possibility. It would then leave the No. 13 seat open.

Meanwhile, GMS Racing is looking to move up to the Cup ranks. From an experience standpoint, 2018 seems a little soon; their XFINITY program is in their first full-time year. But there could be room if BK Racing’s reported financial issues don’t go away and that team would likely have a charter for sale.

Speaking of charters, Front Row Motorsports does have a third one, currently on lease. So there’s the possibility of adding a third team there if they can find financing. It would most likely be a deal similar to the one they had last year with Roush Fenway.

Will all of this conjecture happen?  Probably not.  But it’s clear at least some changes are coming for the small teams next year.

Top of the Class: Sonoma

Top 15’s in this week’s race?  We’ve got top 15’s in this week’s race: two of them, to be precise.  Ryan Blaney, to no great surprise given how he’s run this year, finished ninth on fading tires.  Despite a little late-race frustration with rookie Alon Day, who was a lap down at the time, Blaney went on to give the Wood Brothers their first top-10 finish on a road course since 2005.

Also posting an impressive finish this week (told you so) was Leavine Family Racing and Michael McDowell.  McDowell’s talent on a road course is no secret to anyone who paid attention when he was the XFINITY driver of choice on road Courses for Joe Gibbs Racing a few years back, and this week he piloted the No. 95 to a 14th-place finish.

Also scoring a nice top-20 run was Chris Buescher, who started ninth and led a handful of laps en route to his 19th-place result. Buescher also had some very good road-course runs in his XFINITY career, so his skill shouldn’t be any surprise either.

A few drivers who needed a solid week got one in wine country this weekend.  Cole Whitt, who showed earlier this year he’s capable of overachieving, finished 21st. Matt DiBenedetto had a very decent 23rd-place run, his best result since he finished 19th at Talladega.

Billy Johnson, who made his series debut filling in for Aric Almirola in the No. 43 finished 22nd, between Whitt and DiBenedetto, but his last-minute addition to the team didn’t sit well with fans of Darrell Wallace, Jr. who had been named interim driver a few weeks prior.  Wallace will return to the seat this weekend, though.

Road courses are not everyone’s favorite type of racing, and some teams struggled this weekend.  David Ragan finished 31st, a spot behind his Front Row Motorsports teammate and is in need of a bit of a turnaround.  Luckily for Ragan, the series hits Daytona next week, a track where he’s won, so it could come within days.

First-timers Alon Day (32nd), Kevin O’Connell (33rd), and Tommy Regan (34th) all faced an uphill battle in their Cup debuts, though to be fair, equipment played a big role as well, as BK Racing and Premium Motorsports are both behind the curve even among the small teams.

AJ Allmendinger is considered a road course ace, and he’s got a win at Watkins Glen to prove it.  Allmendinger has, however, struggled at Sonoma over the years, and despite qualifying fifth and leading a handful of laps Sunday, alternator problems and the resulting drained batteries left Allmendinger limping home in 35th after a promising start to the weekend.

Bringing up the rear this week was Rick Ware Racing and rookie Josh Bilicki, who came home 36th.

There are perks to being the owner.

Trouble on the box. Team co-owner Eddie Wood dropped his Coke. Doubtful that anybody fusses at him. Real doubtful. ? pic.twitter.com/YYUiEF8IFn

Everyone always says that…

How fun would today be if it rained today! #NASCAR

That’s one way to look at it.

"Why do you keep stealing my sisters jeans @landoncassill" pic.twitter.com/HLhGGZsQCa

Um, do I have to answer that?