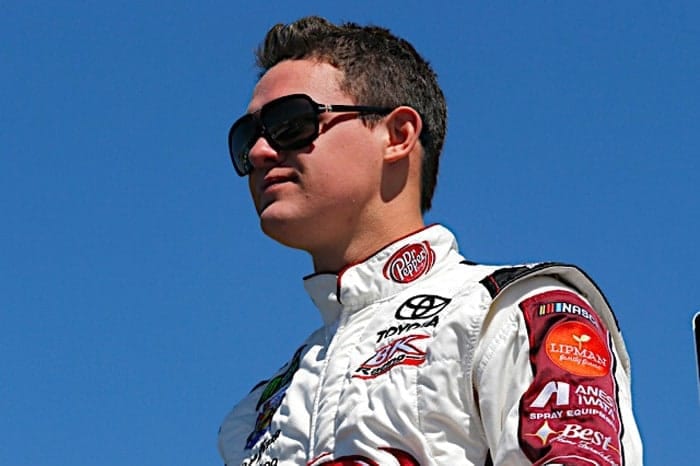 No official release has been posted by the team at this point. However, Gaulding’s tweet to his personal account stating he would indeed be driving for Premium Motorsports says he will be the team’s newest driver.

Just got a call from @premiummotrspts to drive their @ToyotaRacing car at Kentucky & NH. Looking forward to working with them!

Gaulding’s was slated to be running full-time with BK Racing this year. But over recent weeks, the team has seen some shuffling around in the seats of their two cars. BK Racing has shifted between Corey LaJoie, Alon Day and Ryan Sieg as of late.

Gaulding has a career-best finish of 20th at Talladega Superspeedway this spring. He has 15 starts in NASCAR’s top series, including two starts in 2016.

Premium Motorsports has fielded a car in NASCAR’s top series for the last two seasons, amassing one top-10 finish and five top-20 finishes. The team’s only top 10 came in the spring 2017 Talladega event. No statement has been made by the team verifying the Gaulding post to this point.

Gaulding is not on the entry list for the Coke-Zero 400 this coming weekend at Daytona International Speedway. Premium Motorsports will have primary driver Reed Sorenson in the No. 55 car, with DJ Kennington in the No. 15 car.