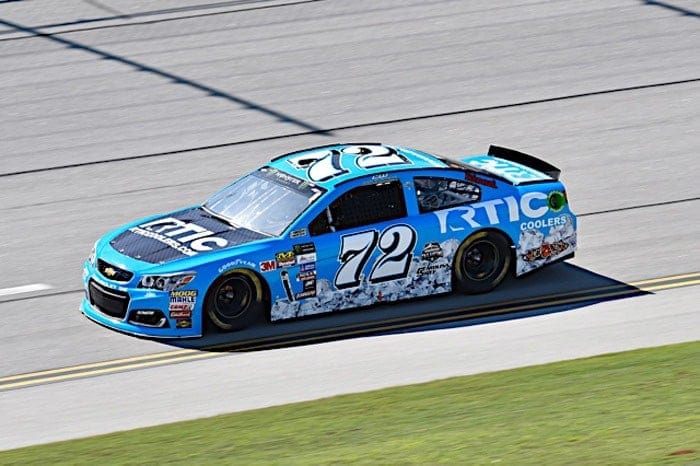 The Monster Energy NASCAR Cup Series is back at Daytona International Speedway Saturday night for the Coke Zero 400.

Dale Earnhardt Jr. is on the pole for what could potentially be his last race at Daytona in the Cup Series. Alongside him on the front row is Hendrick Motorsports teammate, and fan favorite Chase Elliott.

Conventional DraftKings strategy gets thrown out the window when the series finds itself at the superspeedway tracks of Daytona and Talladega Superspeedway. There is less chance of one driver dominating the race, so it is important to focus on positive position differential.

Here are two drivers to focus your Daytona DraftKings lineups around.

Truex has fought for the win in two of the last three races at Daytona. For the 2016 Daytona 500, he qualified 28th, but had to start at the rear after moving to a backup car. He finished within inches of race winner Denny Hamlin in one of the most exciting finishes in track history.

In that race, the No. 78 car accrued 26 positive position differential points, on top of the 42 points awarded for finishing second.

In this years Daytona 500, Truex was leading the race when he ran out of fuel with two laps left. He ultimately finished 13th, after starting from 35th position. He still picked up 22 PD points, and 31 points for his finish.

For the race on Saturday, Truex will be starting 25th. He has been a front-runner throughout this season, winning 11 stage, so there is no reason why he won’t find his way at the front again.

Whitt has turned into an underrated and often overlook restrictor plate racer. He has finished in nine-consecutive races between Daytona and Talladega, which is impressive when you think about how many wrecks there are at those two tracks.

Whitt has four straight top-20 finishes at plate tracks, including a career-high 11th in this race one season ago. He has finished at, or better than his starting position in 10 of the 14 races that he has competed in at superspeedways.

At Daytona, Whitt has an average finishing position of 23.0. He has finished within the top 25 in four straight races at the track. In February, his debut race for TriStar Motorsports, he led three laps in an 18th-place effort.

Whitt’s salary of $5,100 is at the bottom of the barrel, but comes with tremendous upside. He has never finished worse than 34th at Daytona. From the 35th starting position, he will gather 12 PD points if he were to finish in 23rd. 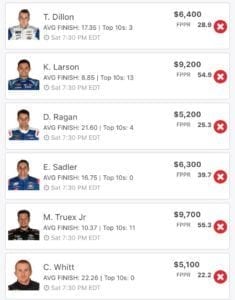