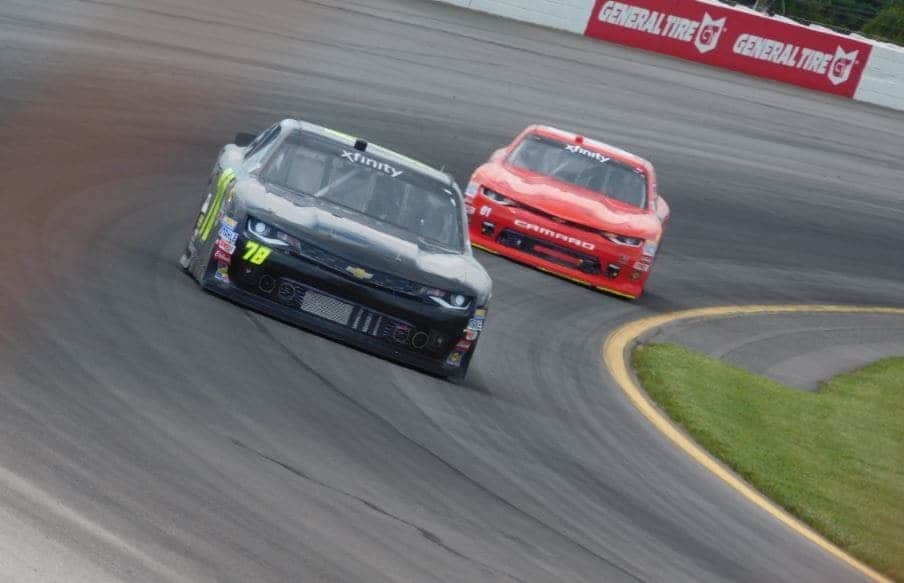 The name Angela Ruch may leave a lot of NASCAR fans scratching their heads. However, her full name is Angela Cope Ruch, a maiden name that has a familiar ring to it.

Ruch announced Monday that she will come back to the XFINITY Series Friday night at Kentucky Speedway. She will drive the No. 78 Chevrolet for BJ McLeod Motorsports, her first race in five years.

Ruch will be competing in order to raise funds for Give a Child a Voice.  The campaign is run by her 16-year-old nephew, Eric Erdman, who was diagnosed with an Anaplastic Grade III Ependymoma last year. An ependymoma is a cancerous tumor that can be found either in the cranial cavity, or on the spinal cord.  In Erdman’s case, the tumor was in the cranial cavity.

According to the organization’s website, “It is Eric’s dream that other kids who experience difficult situations receive the same kindness he received at one of the most vulnerable times of his life. He started the movement, ‘Give a Child a Voice’ to engage the community and get children the help they need so positive change is possible. His dream and movement are becoming a reality thanks to the work being done through his foundation.”

The foundation is not designed around children that face severe medical issues like Erdman does. Instead, its aim is towards all children that have issues in life.

For now, Ruch’s only race is Kentucky. However, a look at the charity website indicates that Ruch could run up to three more events later this season: Charlotte, Texas, and Homestead.

All of those fall within the XFINITY Series playoffs.  No veteran Cup drivers with more than five years of experience will be allowed to compete, potentially opening up room for new efforts like this one.

Ruch has seven career starts in the XFINITY Series.  Her best finish is a 25th at Loudon, coming in 2011 for TriStar Motorsports.

Ruch’s last start came at Charlotte in 2012 for the now defunct SR2 Motorsports. The race came at the conclusion of a crowd-sourcing campaign to acquire a decent engine. Unfortunately, said motor broke at the very start of the race, leaving her in last place (43rd).

Ruch’s previous starts in the XFINITY Series have never come at Kentucky.  However, she does have one ARCA Racing Series start at the speedway back in 2008.  In that event, Ruch qualified eighth, but ran into problems and finished 29th.

This is one of the best articles I have come across about car. Keep up the good work.