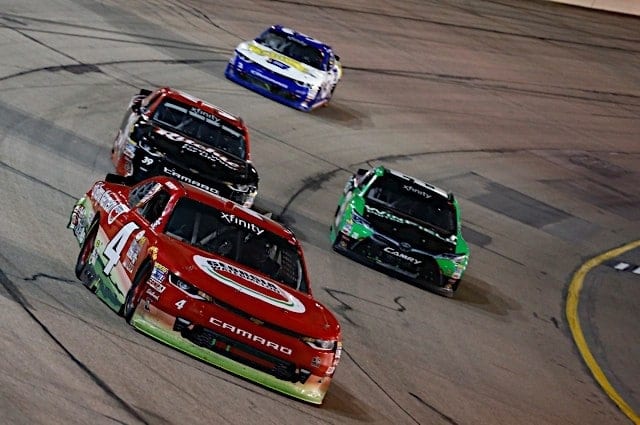 This weekend, the NASCAR XFINITY Series heads to Kentucky Speedway for the Alsco 300. There are 44 cars on the preliminary entry list, meaning four teams will be sent home after qualifying concludes on Friday.

Some notable changes for this weekend come with the series’ smaller programs. BJ McLeod is back in his self-owned No. 8 Chevrolet, replacing Jeff Green who moves to the start-and-park No. 93 for Sieg Racing. Timmy Hill is back in the No. 13 Toyota for MBM while Quin Houff will run the No. 46 Chevrolet for Precision Performance Motorsports.

There’s only one new team on the list this week, a fourth effort by JD Motorsports with Joe Nemechek behind the wheel. The No. 15 team was initially on the entry list for Daytona but later withdrew.

The green flag for the Alsco 300 will fly at approximately 8:16 p.m. ET. Television coverage is being provided by NBCSN.

Kyle Busch is the defending winner of the event.