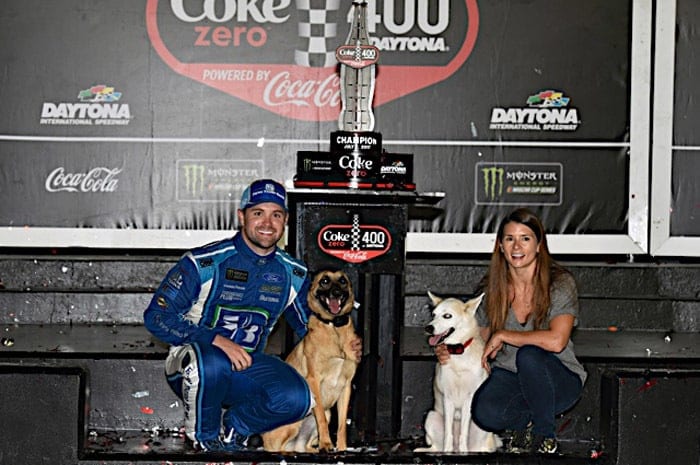 Fourth of July weekend means one thing for the Monster Energy NASCAR Cup Series: a return to the beaches and high banks of Daytona. Freedom, fireworks and star-spangled race cars highlight the traditional midpoint of the season. As the final restrictor plate race before the playoffs begin, many teams looked to the Coke Zero 400 as their best shot to sneak in a victory.

In the end, it was Ricky Stenhouse Jr. who picked up his second straight win at a plate track. The resurgence of the No. 17 Roush Fenway Racing Ford has vaulted Stenhouse into a legitimate threat to win. Whether that momentum continues remains to be seen, but it’s hard to overlook the organization after its performance thus far in 2017.

Now, we turn our attention once again to the Power Rankings. There’s not much better than Daytona under the lights. So now that the firecrackers have faded into the distance, we’ve scraped the confetti from our laptops and assessed the latest version of NASCAR with a side of independence. But while all contributors are created equal, their power rankings can be downright tyrannical. Now it’s time for you to declare who got it right and who wouldn’t know self-evident from incompetent.