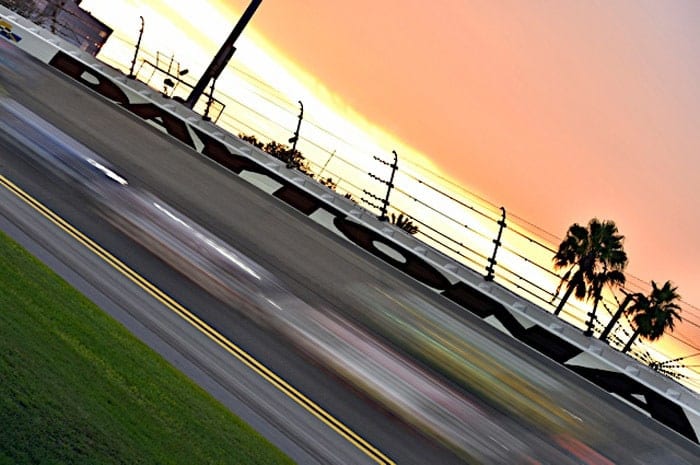 Seventeen races later, there are suddenly just nine chances for drivers to earn a playoff berth. So far 11 drivers have the wins that should guarantee a spot. Note the “should,” because there’s still an outside chance that six other drivers could snatch a win in the next nine weeks and make points crucial.

What’s interesting about those 11 winners is who’s not among them. Of the current top 10 in points, five have yet to win a race, putting six of those victories outside those ranks and one (Austin Dillon) outside the top 21 as he’s currently 21st in points. As it stands right now, 11th-place Matt Kenseth is on the bubble for making the cut, the highest in points a driver has been at this point in the year and been in danger of elimination. Perennial fan favorite Dale Earnhardt Jr., in the final year of his career, needs a Hail Mary win to have any chance at a title.

Of course, the other way to look at things is that with nine races left, it’s too early to draw any conclusions, and it well may be. But there’s no denying the clock is ticking and the field, while large, is spread across the board in terms of actual points.

The elephant in the room any time a discussion arises of the playoffs is the as far winless Joe Gibbs Racing camp. By all accounts, based on history, the team should have at least two teams in the winner’s circle by now.

On one hand, you really want to worry about the organization, because it’s an anomaly in a sport that produces few of them. But on the other, there’s no reason to hit the panic button. Barring a lot of very unexpected race winners in the next few weeks, Kyle Busch and Denny Hamlin, at least, are in solid points positions that should see them through. Matt Kenseth is on the bubble, and Daniel Suarez, a rookie who probably got thrust into a Cup car a year too early, is 18th and improving every week. Suarez shouldn’t be expected to make the playoffs this year anyway, so it’s really only Kenseth who should draw concern.

But playoff points from stage wins aside, wins are what will carry teams through the playoffs this fall, and a team with no momentum on its side going in is a huge question mark.

On the other hand, take a look at the next few weeks. JGR teams have won half of the six Cup races to date at Kentucky (Busch 2, Kenseth 1). Kenseth has won two of the last three races at Loudon, Busch the last two in a row at Indianapolis. Hamlin’s the defending winner at Watkins Glen. All three have fairly recent wins at Bristol. The last-ditch fall race at Richmond? The last two have been won by JGR drivers (Hamlin in 2016 and Kenseth in 2015). By all measures, they should have some wins spread across two or three teams by cut-off day.

Are there alarm bells? They aren’t blaring loud yet, but they’re winding up.

No, not the ones that plagued the weekend at Daytona. The only way to avoid those is to race early in the day, which is why NASCAR did that for years.

While we’re pondering why that doesn’t happen anymore, though, a couple of drivers have quietly heated up this season. The first name on that list is, of course, Ricky Stenhouse Jr., who has won two of three restrictor-plate races this season and asserted himself as a possibility to go deep in the playoffs because he has to be the favorite to win Talladega.

Ryan Blaney and his Wood Brothers team showed flashes of potential last year but have been a threat to win more than the one race they have won in 2017.  If they can sort out their inconsistency, they’re a title threat.

Kyle Larson hasn’t been as much of a surprise as those two, perhaps, but he’s rocketed from a potential superstar to one of the drivers who can carry the sport into its next era.

No win yet, but Ty Dillon has impressed as well in the last few weeks for underfunded Germain Racing. A win this year is a stretch, but the team has a little swagger going on.

While no major announcements have been made, a couple teams have hinted about 2018 and beyond. Roush Fenway Racing concedes it will probably field just two teams again in 2018. That means it will either have to sell the charter currently leased by the No. 37 team, or use that one and lease a different one. That’s the option I’d bet on, but if the team decides to focus on downsizing that would not be a total shock either as Jack Roush ages with no heir apparent.

Stewart-Haas Racing has hinted that there may be changes next year, which likely means for the No. 41 and / or No. 10 teams, with the No. 10 being the more likely to see a big change. Kurt Busch has said he’s not worried, and all indications have Monster Energy being happy with their arrangement. Still, he has a lot of races covered by team co-owner Gene Haas’ company, which has also picked up a lot of races for both Clint Bowyer and Danica Patrick. These two teams may be the first dominoes to fall (or not), and it’s looking like that should start happening soon.

Sponsors are a big question mark throughout the sport, and the dynamic is shifting somewhat. Almost gone are the days of a single sponsor for a top-flight Cup team, though Lowe’s hangs on and likely will as long as Jimmie Johnson is in the No. 48. But while just a few years back, the big teams had few issues filling the schedule, they’ve also priced themselves into a corner, and a lot of companies are looking for other ways to be involved.

Some are finding value in small teams. Spray gun manufacturer Anest Iwata announced this week it will partner with Matt DiBenedetto for multiple races this year. DiBenedetto, who drives for underdog Go FAS Racing, is popular with fans for his outgoing nature and gets a strong fan vote backing each year for the All-Star race.

Others are choosing to sponsor races, which is a sure way to get mention on the broadcast and social media throughout a race weekend. These are excellent opportunities which are good for the sport as a whole, but it does put a question mark on some of the bigger teams, like Stewart-Haas Racing and Hendrick Motorsports, which has not announced sponsorship for the Nos. 5 and 88 for 2018. While most fans tend to focus on sponsorship of their favorite drivers, keeping eyes and ears on backing across the board is essential as it is an indicator of the overall climate the sport faces.

One thing for the sponsor item is the teams are going to have to whittle down the spending or figure out how to get more out of less.
The big driver contracts are likely going to “go away”, there will no longer be any such thing as a single team sponsor, guessing the tracks and NASCAR itself are in the same boat as well.

It will be a rough time the next few years as I do not for see an influx in fans coming into the sport and see even more fans not being as engaged in NASCAR overall late 2017 (Earnhardt likely not making the playoffs) and as such that legion of fans being less interested until Homestead.

NASCAR has shot themselves in the foot by going after money that should have been going to the teams or tracks. How many official NASCAR this and that do they need when at all three levels of national touring there is difficulty getting enough teams to fill the allotted field number. If these sponsors were signed with teams instead of NASCAR the sport itself may actually be healthier.

Back in the day Big Bill Sr. and Jr. helped teams get sponsorship and they both knew to have a successful series or racing entity, they needed cars, teams, and drivers. Obviously that lesson did not get passed down to gen 3 which as with many, many family businesses the 3rd generation screws up the business and it downs downhill, outright fails, or ends up getting bought out by some other entity. All of which are awful results for the economy and general business practice.