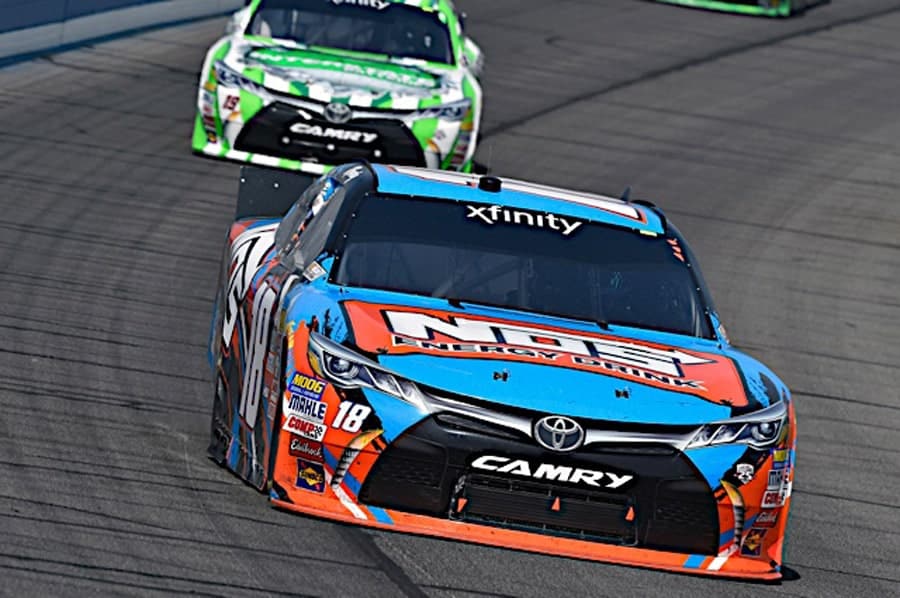 After all three scheduled XFINITY Series practice sessions were washed out Thursday due to rain, NASCAR scheduled an 85-minute session for 8:30 a.m. Friday to give XFINITY teams track time.  It did not take long for Kyle Busch to flex his muscle.

Busch was fastest overall with a lap of 29.607 seconds (182.389 mph).  The lap was .137 of a second faster than Team Penske’s Ryan Blaney.  Richard Childress Racing’s Brandon Jones, fresh off a second-place finish Thursday night in the truck race, was the best XFINITY regular in third.  Tyler Reddick was fourth fastest while also turning in the most laps in the session (61).  Erik Jones was fifth.

Only seven drivers completed a 10-lap run during the session.  Of those drivers, Blaney was fastest with an average lap of 30.005 seconds (179.970 mph).  Reddick was second best, followed by Jones.

Qualifying is scheduled for 4:30 p.m. Friday afternoon, weather permitting.  It will air live on NBCSN.

If qualifying is rained out, the drivers likely to DNQ would be Morgan Shepherd, Ben Kennedy and Timmy Hill.  Based on speeds in the session, the drivers going home early would be Shepherd, Hill and Mike Harmon.