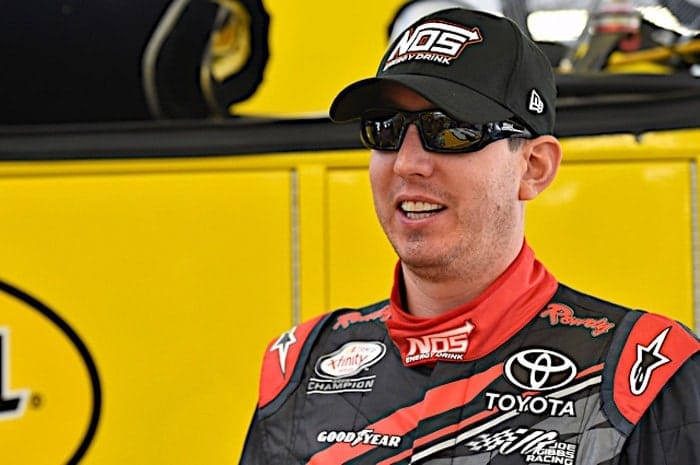 The 2009 XFINITY Series champion captured his fourth pole in five races this year, edging out Joe Gibbs Racing teammate Erik Jones with a time of 29.681 seconds to put his No. 18 car at the top of the pylon.

Behind the Joe Gibbs Racing duo are the Team Penske pair of Ryan Blaney and Joey Logano, who will start third and fourth, respectively.

William Byron, who won the past two XFINITY Series races, tapped the wall coming off Turn 2 and did not complete a full lap during the first round of qualifying. He got back on the racetrack a few moments later, eventually qualifying fifth.

Brandon Brown went for a spin early in the first session, along with Chad Finchum and Quinn Houff, to bring out multiple red flags. Houff DNQ’d for the race after he was not able to get back on track. Brown will not race Friday night as well, backing into the wall during his accident, destroying the team’s only car at the racetrack.

Car came around in turn 4 on our qualifying lap. We're done and heading home. ??

See you in Iowa. #NASCAR pic.twitter.com/KhCm6zkcTZ

Points leader Elliott Sadler will take the green flag in the 18th position. The JR Motorsports driver is winless thus far in 2017, but won at Kentucky last September.

The green flag for Friday evening’s Alsco 300 at Kentucky Speedway will wave at approximately 8:15 p.m. ET and can be seen on NBCSN.