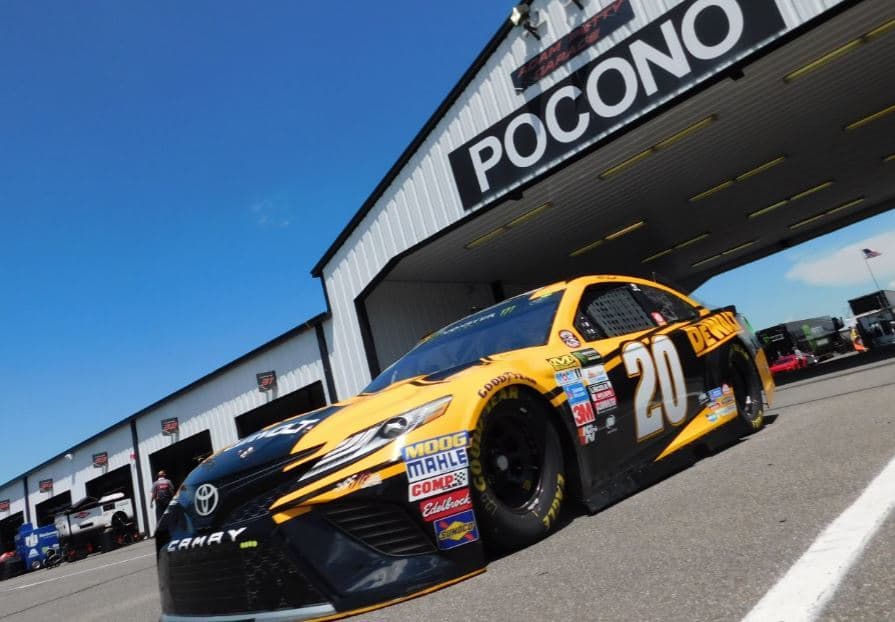 Matt Kenseth could be back in a car in the Monster Energy NASCAR Cup Series. He could not be.

Right now, he’s not so sure.

In a press conference at Kentucky Speedway Friday (July 7), Kenseth addressed his status for 2018 with Joe Gibbs Racing, telling reporters he didn’t know what the future held.

“I’m not really worried about it but as of today, I do not have a job for next year,” Kenseth said, according to NASCAR.com. “I hope to still be racing.

“I don’t have anything lined up at this moment for 2018. I haven’t worked on anything real hard. But I do not think I will have the option to return to race at JGR next year, unfortunately.”

While that doesn’t reveal anything definitive for Kenseth going forward, it does heat up rumors for silly season as the Cup Series reaches its halfway point of the 2017 season. JGR, which fields cars for Kenseth, Denny Hamlin, Kyle Busch and Daniel Suarez in the series, has drivers waiting in the wings, including Erik Jones, who drove for the team in the XFINITY Series before moving to Furniture Row Racing (with whom JGR has a technical alliance) for his rookie season in Cup in 2017. Matt Tifft also competes for the team full-time in the XFINITY Series.

Meanwhile, Kenseth’s name has surfaced as a possible replacement for Dale Earnhardt Jr. at Hendrick Motorsports, a rumor that has gained wings with Kenseth’s comments Friday.

However, Kenseth remains mum about his plans for 2018, as does his team. And simply because a contract has not been signed for Kenseth at JGR does not necessarily mean he won’t end up back there, even though the current driver of the No. 20 does not seem optimistic on that front.

Kenseth, the 2003 Cup champion who ran his first full-time season in the series in 2000, sits 11th in points entering Kentucky with three top fives and six top 10s, the best a third-place run at Atlanta Motor Speedway in the second event of the season.

Kenseth would do well, if he got back into a………….FORD. He would be a good-fit over with Roger Penske, for a third team.

I think “Tokyo” Joe is spending most of his time trying to cheat, this season. Being one of those “older” drivers, I am sure Matt has to know that his ability to bargain with other team owners is getting more limited, every passing year.

The stunt that Kenseth pulled at Martinsville two years ago still doesn’t sit well with Roger Penske, as far as gossip goes. Don’t bet on it.

Love to see Matt finish his career at Hendrick!

Boy! What’s wrong with JGR??? First they lost Carl Edwards one of the most popular drivers in NASCAR, now this!?!?!? In your corner Matty!!