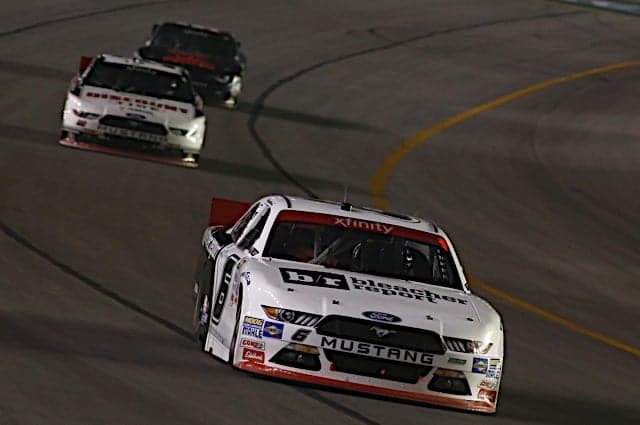 Sounds like a broken record.  For the second week in a row, weather has forced XFINITY Series teams to wait an extra day to race.  During Monster Energy NASCAR Cup Series qualifying, dark clouds rolled in over the 1.5-mile tri-oval.  While it didn’t rain during the session, lightning strikes were visible from the tower.  With that, NASCAR curtailed Cup qualifying after the second round and immediately postponed the Alsco 300 for safety reasons.

The race was actually postponed before the rain even reached the track.  However, once it did, it was nothing short of a drenching.  The rain was so hard that parts of the garage flooded.  As Rodney Childers showed on Twitter, the pace car was parked in a precarious spot during the storm.

We might need a pace car for tomorrow @DavidWilsonTRD … #flood pic.twitter.com/tEGp71x2lk

Luckily, the Camry seen above was moved out of the water and should be good to go for Saturday.

The Alsco 300 will be run Saturday beginning at high noon.  The race will air live on NBCSN.  Kyle Busch will start from the pole.

For those of you venturing out to Kentucky Speedway, the setup will be similar to last weekend in Daytona.  All Cup and XFINITY tickets will be honored.  However, Cup ticketholders will take precedence over XFINITY ticketholders.