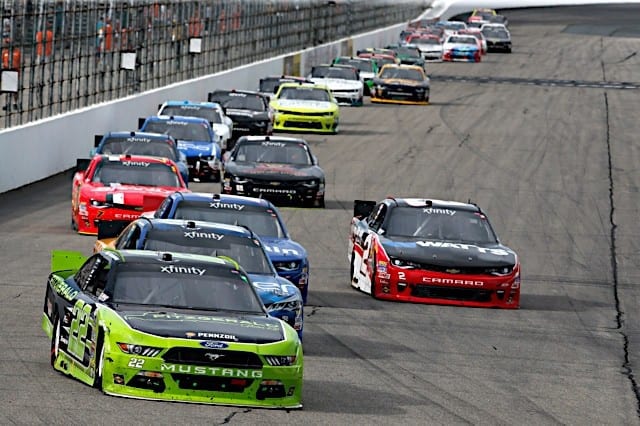 There are 39 cars on the preliminary entry list, meaning the field will not be at full capacity.

Ryan Preece will make his NXS season debut at Loudon in the No. 20 Toyota for Joe Gibbs Racing. Preece recently signed a two-race deal with the team, with the first of the two races taking place at NHMS. He currently sits eighth in the NASCAR Whelen Modified Tour championship standings with two wins this season. The NWMT will also be competing at “The Magic Mile” this weekend, giving Preece extra track time.

Some other changes for this week on the XFINITY circuit include Ben Kennedy making his fourth start in the No. 2 Chevrolet for Richard Childress Racing. Kennedy makes the swap over from GMS Racing’s No. 96 car, which he’s piloted in four other events this season, including this past weekend at Kentucky Speedway.

Dylan Lupton back in the No. 24 Toyota for JGL Racing and Tommy Joe Martins in the No. 78.

The Overton’s 200 will go green at approximately 4:15 p.m. ET this Saturday afternoon. Television coverage can be found on NBCSN. Kyle Busch is the defending winner of the event.

Another Kyle Busch benefit event! Robin Hood stealing from the poor to give to himself to feed his ginormous ego.

Watched the Indy lights race this past weekend at Iowa and didn’t see any Dixons or Rahals or Andrettis or Kanans or Powers in the race. That would have been pathetic. Whoops.

But there was a Herta.

Looks like another stinker with Busch and Keselowski dominating the day as usual. Those Cup guys are really helping with attendance though aren’t they?