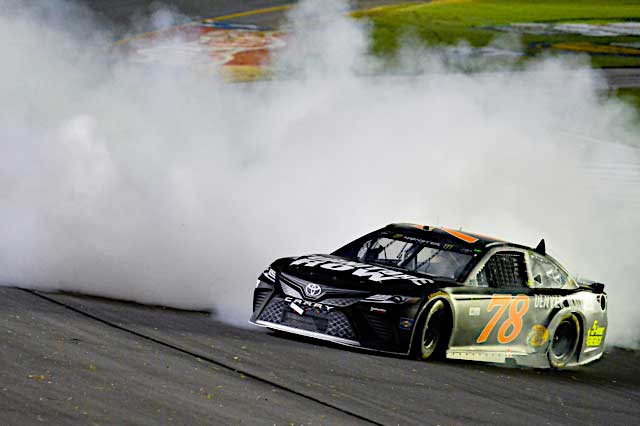 The Monster Energy NASCAR Cup Series ventured back into the land of bluegrass, basketball and fast horses. However, it was a different kind of horsepower on display Saturday night and it appeared as though most of it belonged to Martin Truex Jr.

Truex was dominant yet again, trouncing the field en route to his third win of 2017. The No. 78 Furniture Row Racing Toyota Camry was nearly untouchable and it appears Truex has exorcised the late race demons that repeatedly kept him from reaching Victory Lane in the past. Aiding his post season plans were the pair of stage wins he picked up in addition to the final checkered flag of the evening.

The question now is, did he dominate the rankings of our contributors as well? We dusted off our fancy derby hats, threw on a few banjo strumming tunes and got to work. Now you get to see what we came up with. Did we hit all the right notes? Or did our rankings get washed out by the cold Kentucky rain?