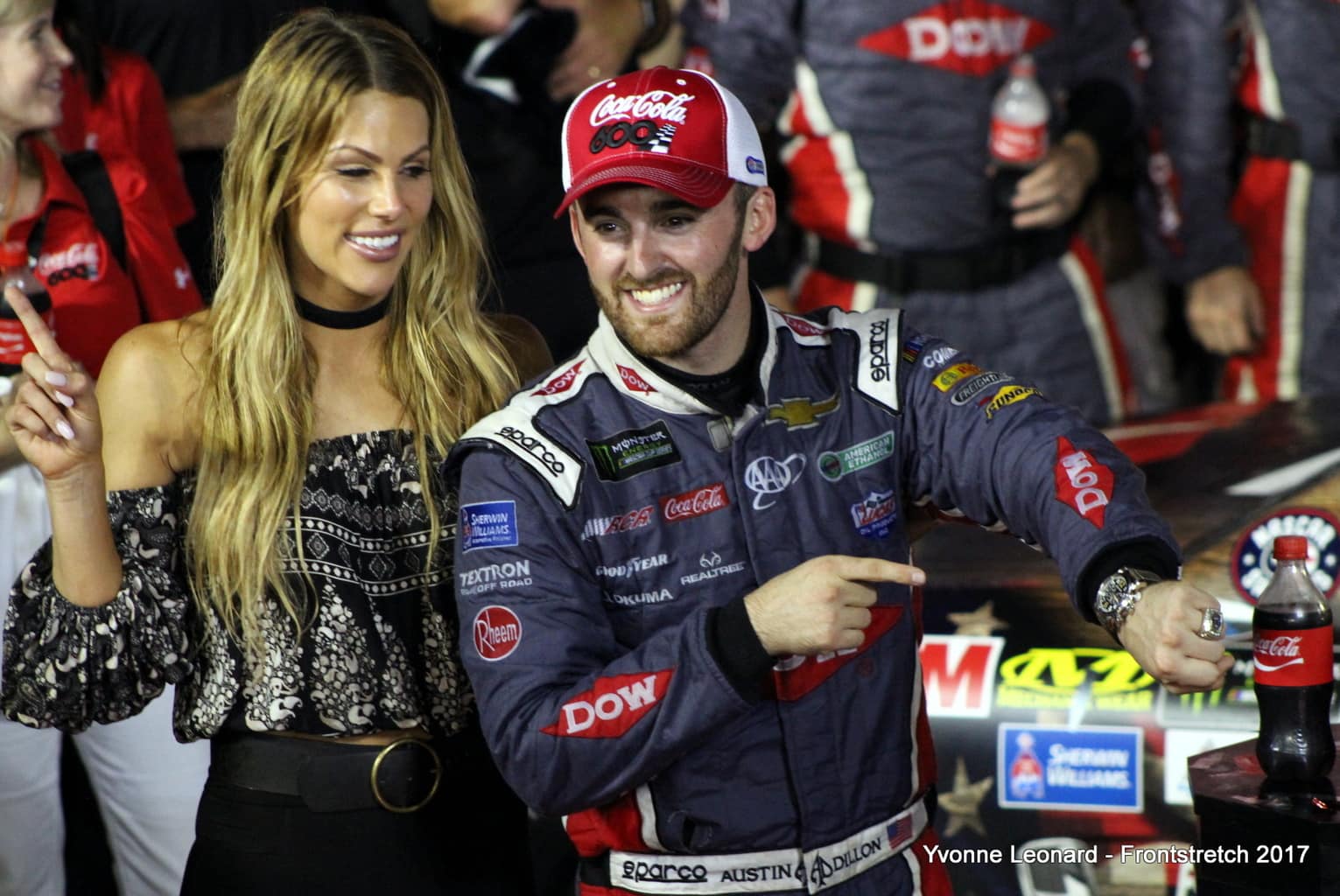 The Monster Energy NASCAR Cup Series is back at New Hampshire Motor Speedway Sunday afternoon for the Overton’s 301. Daily fantasy NASCAR players will need their lineups set by 3:00 p.m. ET. That’s what the green flag drops with television coverage provided on NBCSN.

The DraftKings strategy for short tracks is much different than any other type of oval. A smaller track means more laps, which means that you want to find drivers who will run up front and lead. Unless there is a great value play for someone starting towards the back, it is crucial to pinpoint drivers starting towards the front. Track position is key.

This week’s fantasy forecast is backed by DraftKings, the No. 1 platform for daily fantasy sports. You can jump in on all of the daily fantasy NASCAR action at Loudon this weekend by signing up here for a free entry into one of this weekend’s contests. All you have to do is make a $5 deposit to get started!

Truex will be starting on the front row for the sixth time this season, but this marks his first pole of 2017. Kyle Larson was originally the Coors Light Pole Award winner, but failed post-qualifying inspection due to an illegal rear deck fin. His time was disallowed.

Truex started second at New Hampshire last fall and led the most laps of the race (141). His finish netted him 42 points. Add on the 35.25 for laps led and 22 points for having 44 of the fastest laps and we are left with the definition of dominator. The only negative that came from his performance was that he lost five points in position differential.

Truex has been a cornerstone of the daily fantasy racing world in 2017. He has led more laps than any other driver this season (1,115). In fact, he is the only driver to lead over 1,000 laps. The next-highest total is Kyle Busch with 858.

Truex is starting on the front row and is looking to pick up where he left off last season. Another impressive weekend is on the horizon for the MENCS point leader.

Dillon is starting 27th, which is six positions worse than his career average at NHMS (21.5). Normally, New Hampshire is one of the toughest tracks to pass at, but this time around, NASCAR has attempted to widen the racing surface. The addition of the VHT to the outside lane is an attempt to create more passing. If this move is successful, Dillon starting towards the back shouldn’t scare anyone away from starting him in their lineup.

Dillon is 10th among active drivers in average finishing position in the Granite State. Through six starts, he has an average result of 14th. Last July, he started 15th and wound up 13th. But in September, he started 29th and moved his way up to 19th. He has recorded positive position differential points in five of the six races run here.

Dillon is a top-15 driver starting at the back of the pack. His potential to move up makes his low price tag a great bargain. He deserves to be entered into the middle of any DraftKings lineup.