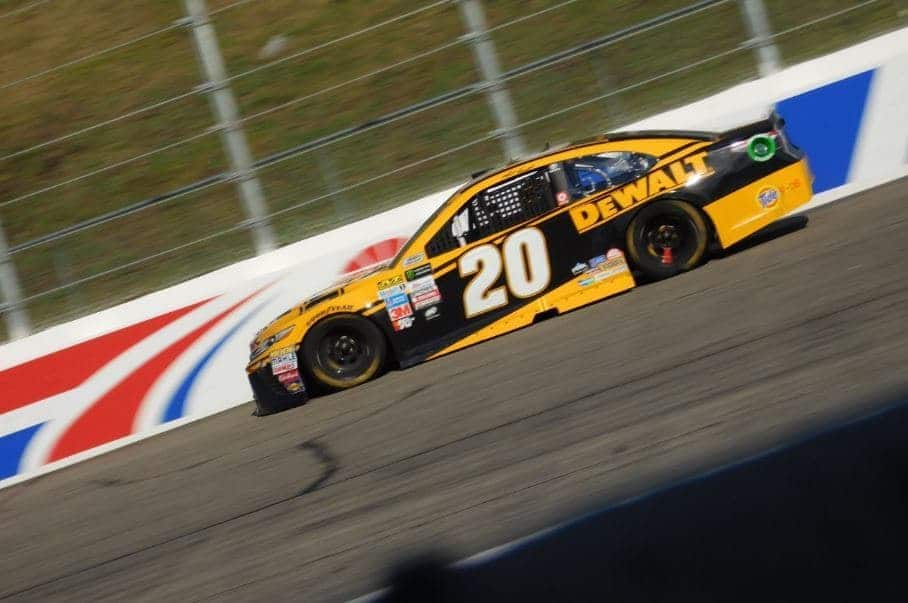 For the fourth consecutive time the Monster Energy NASCAR Cup Series leaves New Hampshire Motor Speedway, Matt Kenseth was in the mix for the win.

Taking the lead from Martin Truex Jr. with 65 laps to go, the three-time track winner was in the good shape toward win No. 1 of 2017. With three consecutive finishes of first, first and second at Loudon, you knew a mistake wouldn’t cost Kenseth the victory.

But you knew a caution could, and that’s what hit the No. 20 Joe Gibbs Racing Toyota with 38 laps to go when Ryan Newman spun his No. 31 in Turn 2.

The day got worse when the field hit pit road as Kenseth chose to take two tires while the remainder of the lead-lap cars took four. At that moment, the 45-year-old knew it was tough waters to the end.

“You never know when the cautions are going to fall,” Kenseth said. “They just took off, I couldn’t hang on with two tires. Typically here, you can get away with that. We won in the spring doing that. But four tires made such great runs today for whatever reason. I knew we were in big trouble. Those first six corners, I just couldn’t hang on.”

Despite the older left-side rubber, Kenseth came home fourth, tying his best finish of the season since round Atlanta in March. Though he was a common face in the top five in the Overton’s 301, Kenseth believes it was down to luck and attrition to get him into winning contention, as pole-sitter Truex  had old tires late and teammate Kyle Busch sped on pit road twice.

“Martin was on a lot older tires and Kyle had that penalty so we were able to capitalize,” he said. “We were in good shape if it stayed green. I felt we were in good shape anyway, but everybody got four tires. You had to have good left sides if you were going to do good.

“It’s a tough one when you’re leading. We’ve seen two tires, four tires win this thing multiple times. Today, you had to have them lefts. When everybody got four, you knew it would be tough. We’re fortunate to get fourth today.”