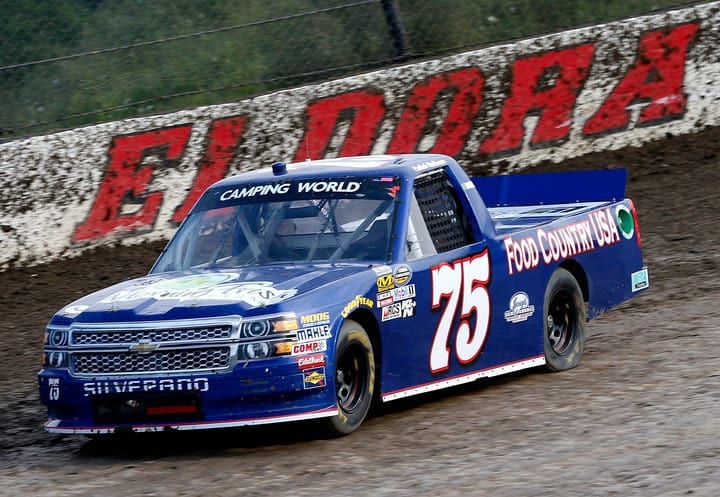 For the drivers of the NASCAR Camping World Truck Series, racing on the dirt at Eldora Speedway presents a unique challenge yet an equally unique opportunity. There is arguably no other race where experience in similar situations can benefit a driver quite like Eldora.

Friesen’s lap of 19.547 seconds (92.086 mph) edged out Cup regular Ty Dillon and truck standout Christopher Bell in the opening session. Friesen has a total of 14 starts in the truck series over the past two years, with a best finish of 12th two weeks ago at Kentucky. Friesen made his series debut at Eldora last year, but finished 28th after a crash.

Holman had the fastest time during the second round with a lap of 19.990 seconds (90.045 mph). The trucks of Bell and Dillon reversed their order from round one, with Bell in second and Dillon third quickest. Holman has 33 starts in a truck, with a career best eighth at Martinsville in 2015. He started sixth at Eldora last year, though he also retired after a crash.

The tricky surface got the best of several drivers, with more than 20 spins during the two practice runs. During the second practice, Chase Briscoe nearly flipped his Brad Keselowski Racing Ford after hitting the wall. Damage to the fencing resulted in a red flag for repairs.

Patches made to @EldoraSpeedway fence – nothing unusual for an action-packed dirt track. Ready for @NASCAR_Trucks tomorrow pic.twitter.com/VUYVHXwI4i

Briscoe will go to a backup truck for the race.  Others, such as Harrison Burton, are having their trucks repaired after significant damage from wall contact.

Coverage of the Eldora Dirt Derby begins with qualifying at 5 p.m. live on FOX Sports 1.  Heat coverage begins at 7:30 p.m. on FOX Sports 2.  Race coverage starts with NCWTS Setup at 9 p.m ET on Fox Business Network with the green scheduled for around 9:45 p.m.