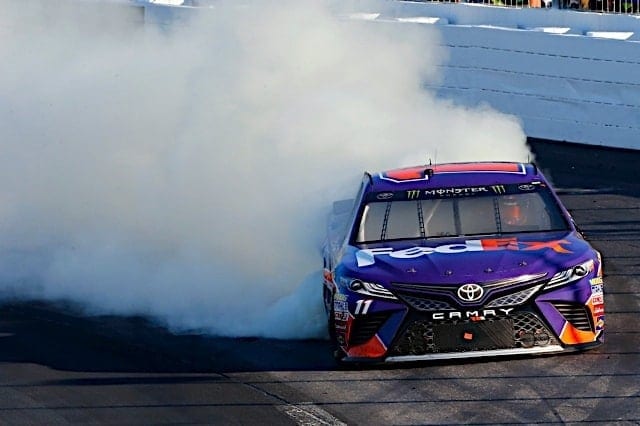 The Monster Energy NASCAR Cup Series visited the New Hampshire Motor Speedway this weekend. The visit to the land of Patriots, chowder and words ending with the “ah” sound has been a midsummer occurrence since 1993. Of late, the track has even gone so far as to have the winner hold a massive live lobster in Victory Lane.

Denny Hamlin was fine with holding the trophy. When it came time to proudly display the lobster, Hamlin was a bit shy about posing with the crustacean. Regardless, the victory put the driver of the No. 11 FedEx Toyota Camry in the playoffs.

Additionally, it served as a bit of relief for the Joe Gibbs Racing team. The win was the first of the year for the top level organization and the latest it had gone into a season before winning since 2008.

The lobster was a clear loser this weekend, but that wasn’t much of a surprise. So who fished a little momentum out of New Hampshire, and who is feeling the pinch as playoff time approaches?