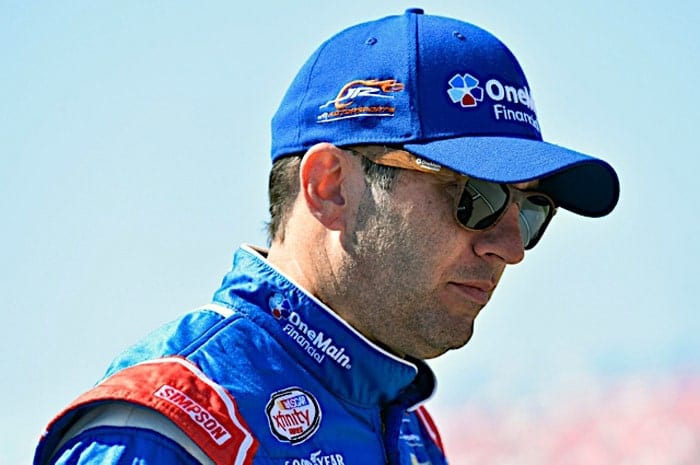 In what was a test session for the full XFINITY Series field Friday at Indianapolis Motor Speedway, Elliott Sadler posted the top time in the opening practice of the weekend.

The true highlight of the day was the difference in speeds from last year. With the XFINITY Series debuting an aero package, which includes an aero duct cover, a restrictor plate, a bigger spoiler and larger front splitter, Sadler’s speed was more than 25 mph behind the 2016 pole speed.

The changes were also seen visually, as the session ended with a pack of nearly 10 cars drafting in a line, with multiple passes made in this time.

The first @NASCAR_XFINITY practice is complete. @joeylogano:12th
Final practice will be on the @NBCSports app beginning at 3 pm ET.#NASCAR pic.twitter.com/Wjn9SjO0wh

I hope the 2nd groove comes in soon @IMS

Business is pickin' up! #LillyDiabetes250 pic.twitter.com/vBxIZqTrpe

A good line of cars working together this practice @IMS #NASCAR pic.twitter.com/X4Ro1ocrZ1