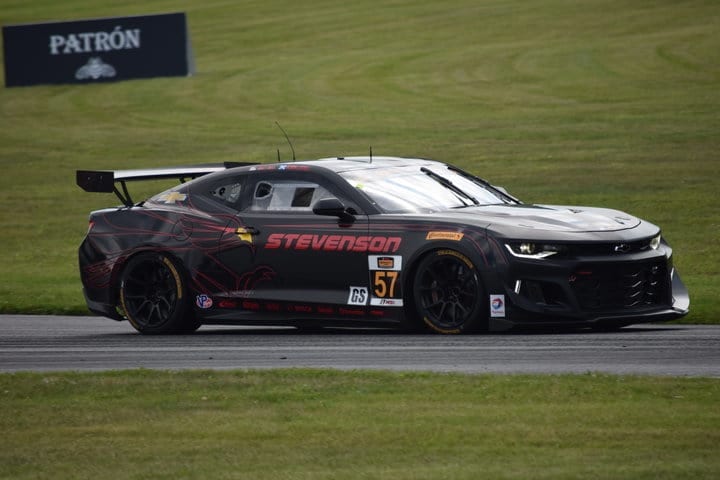 On Friday morning, Stevenson Motorsports’ Robin Liddell was fastest overall in opening practice for the IMSA Continental Tire SportsCar Challenge at Lime Rock Park.  Liddell’s lap of 55.872 seconds (98.582 mph) around the classic 1.53-mile configuration was a tenth of a second faster than C360R’s Matt Plumb.

In Street Tuner, it was a bit of a surprise that the Porsche Caymans were fastest.  Rennsport One’s Spencer Pumpelly was fastest with a lap of 58.971 seconds (93.402 mph), the only ST racer in the 58-second bracket.  Pumpelly’s lap was three-tenths of a second faster than Murillo Racing’s Eric Foss.

Foss turned in his quick lap early in the session.  Later, when teammate Jeff Mosing was driving, the No. 56 Porsche had a mechanical issue that forced Mosing to pull off.  Pulling off caused the only red flag of the session with two minutes remaining.

For Freedom Autosport’s Britt Casey Jr., Lime Rock is a very important race because it is the closest race to his sponsor Trumpf’s U.S. headquarters.  Casey turned in the third fastest time in ST, best of all the Mazda MX-5s.  That should please Trumpf representatives in attendance and Freedom Autosport.  CRG-I Do Borrow’s Owen Trinkler was fourth fastest in the sole Nissan, while AJ Riley in the part-time Riley Racing Mazda was fifth.

The IMSA Continental Tire SportsCar Challenge teams will have one more practice session later Friday starting at 1:20 p.m.  Qualifying is scheduled for 3:40 p.m. this afternoon.