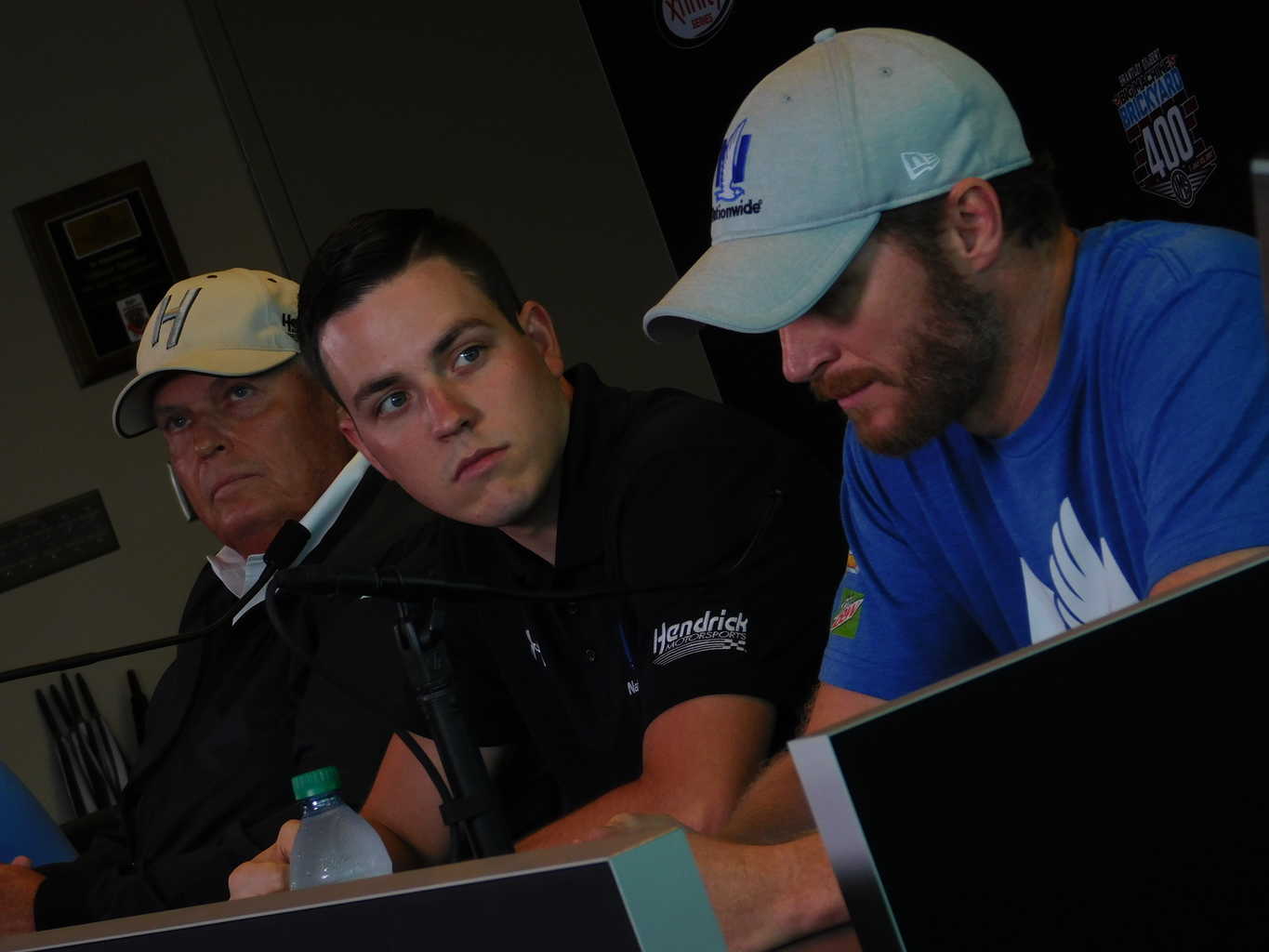 The largest card in the 2017-18 NASCAR silly season was answered last week when Alex Bowman was announced as Dale Earnhardt Jr.’s replacement at Hendrick Motorsports for 2018.

Following years of low-budget teams in the XFINITY and Monster Energy NASCAR Cup Series, Bowman will have the opportunity he’s (and his family) been waiting for when the circuit rolls into Daytona next February.

“It’s been a complete dream come true,” Bowman said. “I’m so thankful and appreciative of this opportunity and for what everything Dale has done. I was able to share everything on Thursday with my dad, he was at the shop with us. When I got to call my grandma, that was cool. She’s my biggest supporter, she was thrilled to death. Hendrick Motorsports has always been where I wanted to be. To make it here, it’s a dream come true.”

For Earnhardt, who is halfway through his final Cup season in the No. 88, said he has realized Bowman’s potential even while sitting off-track in a simulator.

“I believe in his talent on the racetrack,” Earnhardt said. “His commitment off the track to work to further his career over the last serval years has been impressive. There are a lot of guys who have the talent and need that one critical break. If they stay committed and are willing to make sacrifices, eventually that opportunity may come along. Alex is a perfect example of that. He gets this opportunity because of his commitment to his own career and the gamble on himself he made a long time ago.”

Commitment is exactly what team owner Rick Hendrick had on Bowman, as he had him in his mind when Earnhardt announced his retirement in April, having had Bowman in the No. 88 in 2016 following Earnhardt’s concussion.

“When we called on Alex when Dale got hurt, to be honest, I didn’t know a lot about Alex,” Hendrick said. “I was going off Dale’s recommendation. When he got in the car, how he performed, the feedback he had with all teammates, they were super excited. He relationship with the sponsors and the fit factor.

“He was so committed to our organization that he was willing to sign a deal to do the simulator to wait for an opportunity. He’s going to be an awesome driver. I’m super excited about Alex.”

With high praise from the 12-time Cup champion owner, Bowman may have a little pressure come the Daytona 500, the sport’s biggest race. Additionally, all of Earnhardt Nation will need a new driver to follow when the time comes. How will he handle the heavy load? Earnhardt says Bowman will be just fine.

“The easiest thing to do is be yourself and realize you’re not going to make everyone happy,” he said. “You have to believe what you believe and follow your gut, pretty simple to be honest. Try not to let the doubters really affect you and how you feel. He has to believe in himself like he has all these years.

“I feel he will have great success in that car, until that time, keep your head to the grindstone and keep working.”

With still five months of racing yet to run in 2017, Bowman said he would like to get back in a NASCAR racecar this year, as he is in the early stages of a deal with JR Motorsports, Earnhardt’s XFINITY Series team.

“We’ve started talking about trying to get into an XFINITY car before the year is over,” Bowman said. “Nothing is set in stone, have to wait and see. Id love to get back in a racecar, it just has to be the right opportunity. I have to focus on being ready for Daytona in 2018, trying to be the best racecar driver I can be.”