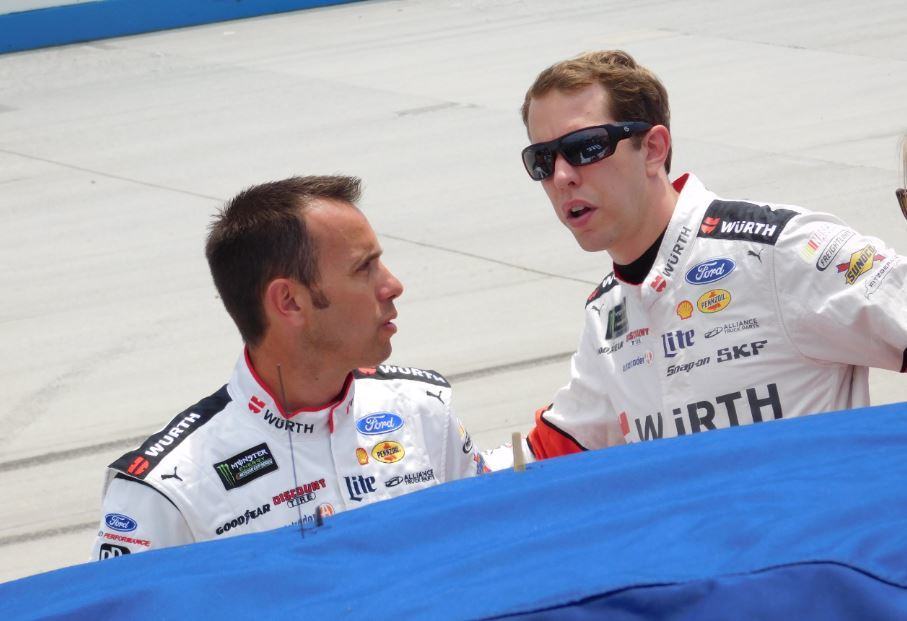 The Monster Energy NASCAR Cup Series agreement also comes hand-in-hand with an extension for the driver’s longtime crew chief, Paul Wolfe. Wolfe and Keselowski have been paired since the start of the 2010 NASCAR XFINITY Series season. They won the championship that year, capturing six race wins and their success has spilled right over into the Cup Series.

Since moving their relationship to that level in 2011, the Wolfe-Keselowski combo has won 22 races, a dozen poles, and made five playoff appearances. Their tenure peaked with a Cup Series championship in 2012 following a thrilling battle with seven-time series champ Jimmie Johnson.

“In the time that Brad has driven for Team Penske, he has risen to the top echelon of stars in NASCAR,” team owner Roger Penske in a press release. “Brad and Paul have established a terrific, winning combination and they are both real leaders within our team.”

“There is no one I want helping make my racecars go fast more than Paul Wolfe,” added Keselowski. “We have a lot of continuity between the two of us, and really the entire No. 2 Ford team, which is so important in today’s NASCAR.”

Keselowski, in recent months had seen his name pop up for other rides, most notably with the team he left to join Penske at the end of 2009, Hendrick Motorsports. But in the end, he chose to stay with an organization that has risen to be Ford’s top-tier program.

“Roger and everyone at Team Penske have given me everything we need to win championships at the highest levels of NASCAR,” he said. “As I have said all along, Team Penske is where I want to be and I am thrilled to continue with the organization well into the future. I have a lot of years left in the sport and I truly feel our best years are ahead of us.”

Terms of the deals were not disclosed. No specific extension was announced for primary sponsor Miller Lite, a company whose deal also expires at the end of the 2017 season but the release clearly indicates they’ll continue to back the No. 2 car.

Keselowski is currently sixth in the Cup Series point standings, earning two wins which qualify him for the postseason. With he and teammate Joey Logano signed to long-term contracts, speculation within the Team Penske camp now turns to whether they’ll expand to a third team for up-and-coming talent Ryan Blaney.

I love how some ‘experts” had Brad vacating Penske for the 5 ride at Hendrick. It reminds me of Oscar Madison’s (Jack Klugman) definition of “expert”. An “ex” is a has-been, and a “spert” is a drip under pressure.

LOL. Yeah that narrative was another typical but predictable bundle of stupidness! Who really believed Brad was going to be let go, or Brad wanting to leave. Oh please, just oh please!

There are “experts” in all sports. They’re just people with opinions trying to get a reaction.