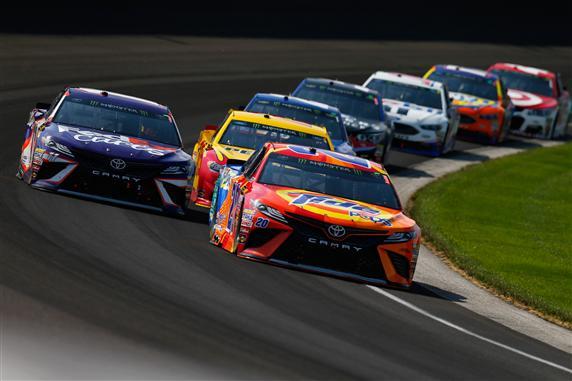 However, Kasey Kahne weaved his way through the destruction of multiple race cars and mastered a bevy of late race restarts. Kahne earned his first Cup victory since Atlanta in the fall of 2014. In the process, he silenced many who thought his time at Hendrick Motorsports might be ending soon. Amazing what one checkered flag will do for a driver.

But what did it do for him in the Power Rankings? Our contributors evaluated not only Kahne, but the rest of the field from Sunday. Whether they were high atop the pagoda or dodging falling sandwiches in Gasoline Alley, our top notch team gave it their all. But do they deserve to kiss the bricks? Or do they simply have the IQ of one? You decide.

The fact that Kasey Kahne gets votes for that win tells me how ridiculous this pole is.

How can Elliott be in and not Blaney? Oh,right. His name is Elliott.

Where’s Dillon? He’s won and WAS in the list.