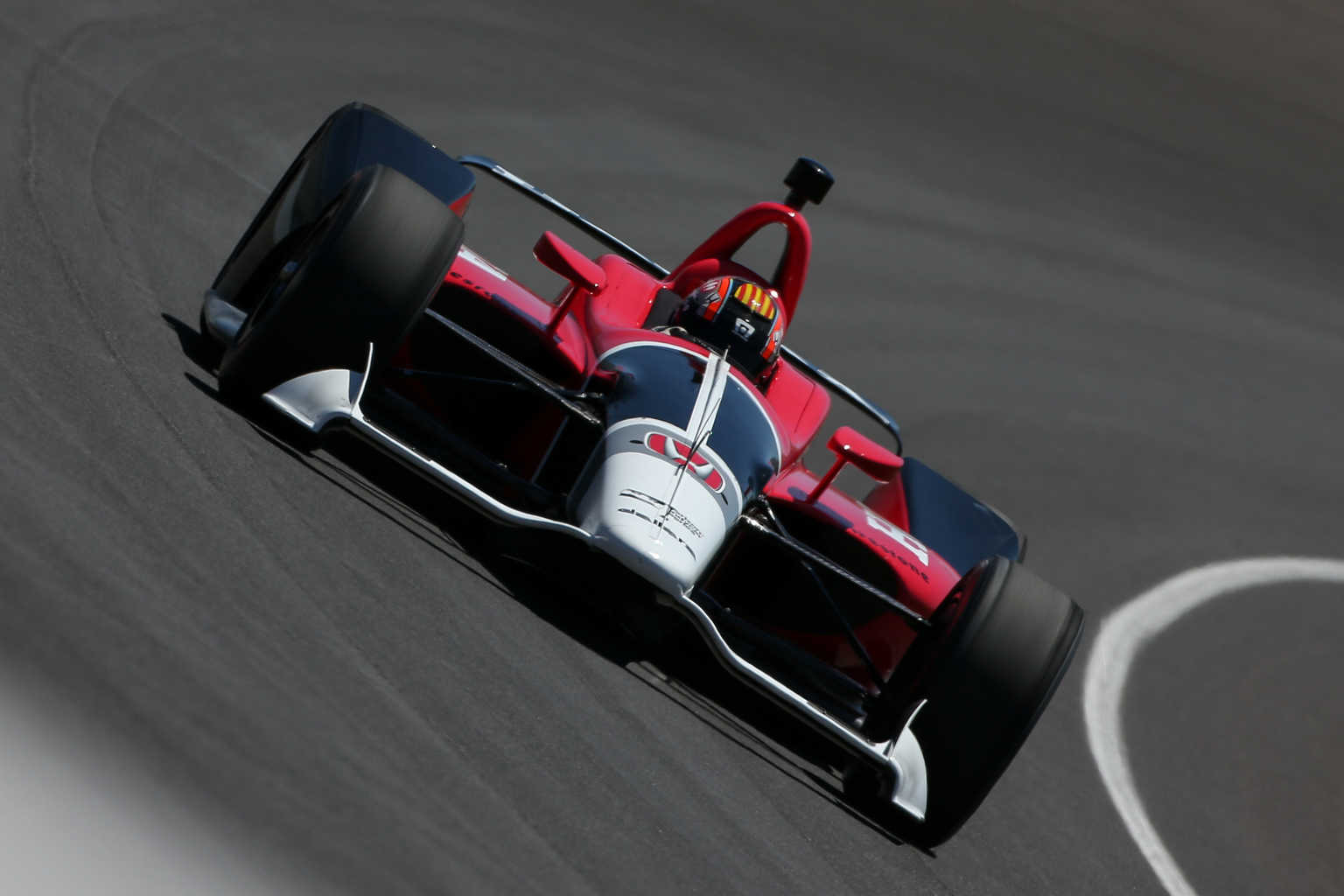 The 2018 Verizon IndyCar aerokit underwent its debut test with Juan Pablo Montoya and Oriol Servia at the wheel on the Indianapolis Motor Speedway on Tuesday (July 25). The two drivers turned out more than 100 laps for the first public demonstration of IndyCar’s 2018 Honda and Chevrolet specifications, and both spoke positively about the experience.

“From lap 1, it just felt at home,” said 43-year-old Servia, the Spanish veteran who ran 126 races in Champ Car and has run 74 IndyCar races with three podiums since 2000. “The car felt great. I was flat on it out of the pits, which just says how good the car felt right away. I think it’s going to be a fast, good racer.”

IndyCar announced earlier in July that it would move from competing aero kits to a universally supplied kit in 2018, with Italian chassis designer Dallara manufacturing the new aero parts. The test included short runs followed by longer, 2.5-mile runs on the oval to check the durability of the new Dallara kit, which is lighter and provides 66 percent of the car’s downforce from the underbody alone – a 16 percent increase in downforce from the last kit.

There are also safety enhancements, with the top of the car having been smoothed down to reduce turbulence, thus facilitating overtaking moves.

“Everything we had planned to do in two days, we already accomplished in the first day,” Servia said. “We did lots of laps, long runs, and the car feels good. The car feels very benign.

“It just feels right and we’re not having any issues or moments out there. Very consistent. My second long run, I think, was one of my most consistent runs I’ve done at this track in all of my years.”

Two-time Indianapolis 500 winner Montoya said, “It’s exciting because, for the first time in the car, it drives really, really well.

“I think they addressed a lot of the things and the car looks great. I think having one aero kit for everybody is great for the sport. The car looks good and it drives really good.”

The 41-year-old Colombian raced in NASCAR’s Monster Energy NASCAR Cup Series from 2006-2014, earning two wins from 255 starts before switching to IndyCar in 2014 to drive for Team Penske. Penske set up his Chevrolet for the test, while Servia’s Honda was set up by Schmidt Peterson Motorsports on Tuesday. Wednesday’s planned test was “deemed unnecessary” after the checklist was ticked off by Servia and Montoya.

IndyCar VP of Competition and Race Engineering Bill Pappas said, “we were pleased,” after the test, adding: “It matched up with our numbers that we predicted in the wind tunnel and CFD (computational fluid dynamics), so we were very happy for that.”

“This is my first experience being part of a car being designed,” said Pappas. “Obviously, Dallara did a great job helping us, but you hold your breath until the first competitive laps are run.”