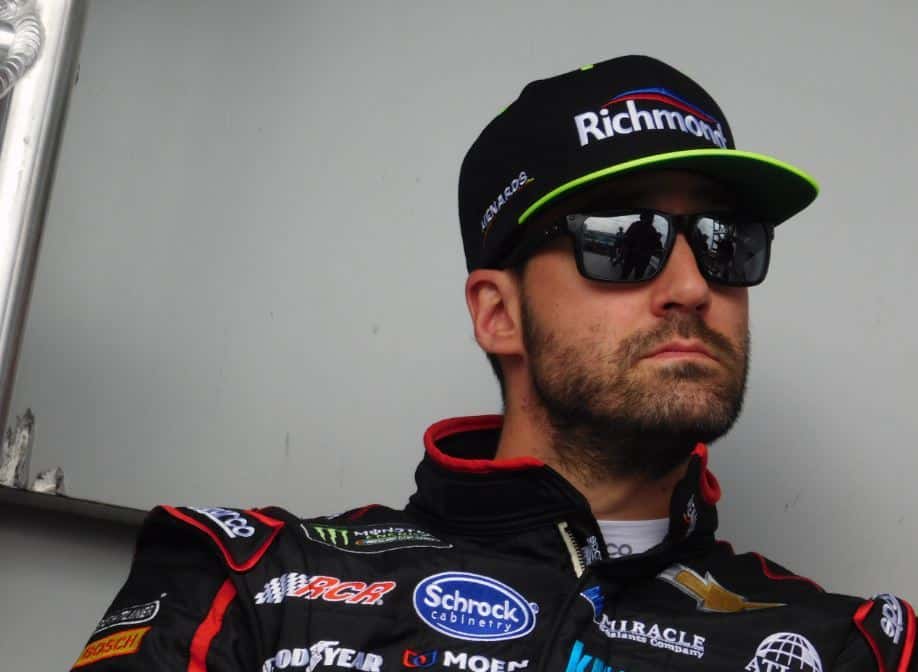 Paul Menard will drive the No. 21 Wood Brothers Ford for the 2018 Monster Energy NASCAR Sprint Cup Series season, replacing Ryan Blaney, the team announced Wednesday (July 26), as part of Blaney’s departure to Team Penske and its No. 12 for 2018 that was announced the same day.

Menard has made 383 starts in NASCAR’s top-tier series since his debut in 2003 and sits 23rd in the 2018 series standings. His seven-year run in Richard Childress Racing’s No. 27 Chevrolet includes a sole win at Indianapolis Motor Speedway in 2011 and two of his three XFINITY Series victories.

As part of the move, Menard will run a few XFINITY Series races for Penske in 2018.

“I’ve really enjoyed my time in NASCAR and as a Cup Series driver, but to get the chance to drive the iconic No. 21 for the Wood Brothers is the coolest thing I’ve ever got a chance to do,” Menard said in a team release. “I’m looking forward to working with the team, working with Roush Yates, Ford Performance and Team Penske to see what we can do. Ryan [Blaney] has done a fantastic job and is a constant threat to run up front. Hopefully, we can do the same thing and keep the momentum going into 2018 and beyond.”

The No. 21 Ford will be sponsored by Menards for 22 MENCS races, with additional sponsorship supplied to be announced; Motorcraft and Quick Lane are touted to continue supporting Wood Brothers.

“It’s fantastic to have the ability to continue to race in the highest level of motorsports full-time and something we look forward to doing with Paul for years to come,” Wood Bros.’ Eddie Wood added. “I know this will allow us to continue to perform as an organization and will give Paul a great opportunity to go out there and compete for wins. Paul is not only a great driver with a lot of experience in the Cup Series, but he’s great with partners, which is a big part of what we do these days. We are looking forward to finishing out this season with Ryan [Blaney], going for more wins and maybe even a championship, and continuing that with Paul in 2018.”

In 2017, Menard has two top fives and three top 10s in the Cup Series, along with a top five and two top 10s in five starts in the XFINITY Series, the best a second-place run at Indianapolis Motor Speedway in the latter series last weekend.

Well the Silly Season dominoes are all starting to fall in place.

Menards in & on the Motorcraft #21? Oof! Really…
I would have loved to have seen C-Boo or Bubba in the #21. But I suppose it speaks to the bounty between Penske & RFR. And I suppose Paul’s built-in sponsor sealed the deal.
But this reminds me of another pre-sponsored RCR guy’s flip to Ford, & subsequent short tenure. Rhetorically, what ever happened to …Brian Scott?
Good luck to Paul, but moreover to the infamous Wood Brothers Race Team!

I can’t see Menard doing as well as Blaney. We’ll see if it was the car holding him back.

I wish this ride went to more deserving driver (Bubba Wallace). However, this move makes sense financially for the Wood Brothers and Penske. It gives the Woods secure sponsorship $. This will be a “put up or shut up” ride for Menard. This car can run up front and win races. I hope Penske got some extra bounty for making this happen (e.g. Menard’s sponsors the 12 with Blaney for some races).

Please explain how Bubba Wallace is “more deserving”. His stats aren’t that great.

Now while I agree that Mennard would not be where he is without his father buying him a ride 15 years ago and continuing to buy him a ride to this day, he has gotten somewhat more competent over the years. And when you compare Menard’s stats to Bubba’s stats, I don’t see how a case could be made for either being “more deserving”.

“More deserving driver” in this case is code for “more culturally diverse driver.”

upstate24fan
Reply to  Bill B

When Bubba was in top level equipment at KBM he won races and contended for a championship. In 2014, he finished 3rd in Truck points and won more races than any other series regular (including Ryan Blaney). He won at tough tracks like Eldora and Martinsville. By the end of his stint with RPM he was out running guys like Menard. My argument though is I would rather see a talented up and coming driver in that 21 car versus “silver spoon” Menard that will probably run top-20 at best. Bubba doesn’t need any “diversity” benefits, he’s a really talented driver that can preform in quality equipment. He was 4th in Xfinity points before his car was shut down and was coming very close to winning a race in Roush equipment that isn’t on par with JGR and JRM.

Bill B
Reply to  upstate24fan

OK but I will point out that Menard has never been in top tier equipment (at least in the Cup series). Although, I can agree with your statement ” I would rather see a talented up and coming driver in that 21 car versus “silver spoon” Menard”.
Thanks for humoring me.

I wonder if Ford was going to cut back on support for the Woods Bros.? Without the Menards money they might have had to go backwards.