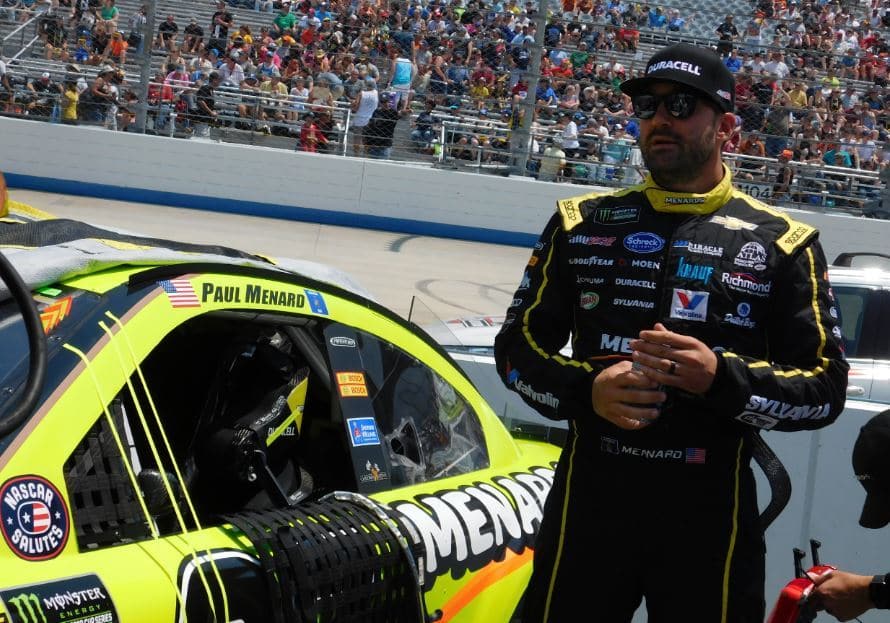 Few things are more gratifying than breaking a negative streak.

Bear that in mind if you wondered why Kasey Kahne‘s victory in the Brickyard 400 in the Monster Energy NASCAR Cup Series last weekend found the driver and his team so elated in Victory Lane.

Sure, it’s Indianapolis Motor Speedway, so a victory at the track is going to be a sizable personal feat no matter what, especially for first-time winners like Kahne. And it’s the maiden win of the 2017 season for the driver, meaning he’s on his way to being locked into the playoffs post-Richmond Raceway — if, of course, the overall winner count stays below 17.

That’s the amount of races Kahne had started in the Cup Series since his last win prior to Indianapolis. It was Aug. 31 at Atlanta Motor Speedway in 2014, driving then for Hendrick Motorsports as he is now, also his first win of that season. But it came after two straight seasons of two victories in each. Sure, Kahne may not have been a constant threat to win, but seeing him emerge victorious wasn’t surprising, either.

Then came that 102-race span, one that, entering Indianapolis, had become one of the longest winless droughts in the series among active drivers — tied for seventh, in fact, with Aric Almirola.

With Kahne’s win, the current top 10 for longest running droughts in the series bumps a new occupant into its ranking, so it’s worth it to run down that list to see whose streak is approaching what Kahne’s was — and whose far exceeds that.

And the new No. 10? Well, chances are he’s not exactly thrilled to be there.

Much has been said about Joe Gibbs Racing’s winless streak to start 2017, something that ended just two weeks ago with Denny Hamlin‘s New Hampshire Motor Speedway win. But the rest of the team remains sans victory, and that includes Kyle Busch, who has five 2017 wins in the XFINITY and Camping World Truck series to his name but hasn’t been able to seal the deal on the Cup side just yet. Not that it matters too terribly much; he sits fourth in points entering Pocono Raceway, in a prime spot for a wild card berth for the playoffs.

One race before Busch’s previous victory, teammate Matt Kenseth drove into Victory Lane in what currently stands as his most recent Cup victory, coming at New Hampshire. Like Busch, the JGR driver is in the top 10 in series points. Unlike Busch, he’s not exactly guaranteed a playoff spot if he doesn’t win. And he’s officially in a lame duck season, given his move from JGR next season as Erik Jones enters the No. 20 seat.

Dale Earnhardt Jr. has started 39 races since his last win, a number that may be even larger had he not missed multiple events in 2016. So we’re really looking at a winless streak that dates back to 2015, when Earnhardt scored three victories, including the penultimate race of the season at Phoenix International Raceway. Given how his farewell season has been going, one wonders if that 2015 Phoenix win just may have been the last time he’ll stop by Victory Lane as the race winner.

Sizable jump here beginning with Almirola, whose number, like Earnhardt, may have been larger if not for a multi-race absence due to injury. For the driver of the No. 43’s last (and only) win, you have to go back to the 2014 Coke Zero 400 at Daytona International Speedway. But hey, at least his XFINITY prowess is a bit better, with wins in each of the last two seasons.

The year 2014 was a big season for first-time winners in the Cup Series, a trend AJ Allmendinger got in on when he emerged victorious at Watkins Glen International. Though he’s always considered a threat on the road courses, that remains his only win on the Cup level, and he’s been chasing Victory Lane ever since.

Yet another driver currently in the top 10 in Cup points who’s riding a lengthy losing streak in the series. Jamie McMurray has four wins in the 2010s, but three of them came right at the start in 2010. His last victory occurred at the second Talladega Superspeedway event of 2013. And few would call him an underwhelming driver since then, especially with Chip Ganassi Racing’s continued rise in the series with Kyle Larson. He just hasn’t sealed the deal.

Keep in mind that, despite that 148-race winless drought, Trevor Bayne didn’t run a full Cup schedule until 2015, relegated instead to part-time affairs between 2011 and 2014 that never even amounted to half a season. Had he been a full-time competitor in those other seasons, the number may have been much higher, given that his last — and only — win came in the 2011 Daytona 500, further back in time than anyone else on this list.

David Ragan‘s made a name for himself as a strong restrictor plate racer; after all, both of his two Cup wins came at either Daytona or Talladega. Could lightning strike a third time? I mean, you really can’t ever count anyone out at those two tracks, and his current team, Front Row Motorsports, always seems to find a way to the front. Heck, he nearly won at Daytona earlier this summer, which would have snapped the third-longest losing streak in the series among Cup regulars. Instead, here we are.

Has it really been this long since Clint Bowyer won a Cup race? Believe it; when the driver of Stewart-Haas Racing’s No. 14 last scored a Cup win, he was the new guy on the block at Michael Waltrip Racing, earning three victories in 2012. Despite a strong season in 2013 with 10 top fives and 19 top 10s to go along with a seventh-place points finish, he didn’t win, and it’s all been downhill from there until 2017’s move to SHR. There was a lot of talk about his streak getting snapped with the scenery change — and who knows, maybe it will. Still 16 races left in 2017, after all.

Paul Menard‘s seven-season tenure with Richard Childress Racing ends at the close of this season, as the driver announced his move to Wood Brothers Racing’s No. 21 for 2018 earlier this week. Perhaps hooking up with a new team is exactly what Menard needs, since his recent RCR output, while occasionally decent, hasn’t afforded him that return to Victory Lane that would end the longest streak among current Cup regulars. As of last weekend, we’re now looking at six years since the last one, since Menard’s lone Cup win came in the 2011 Brickyard 400.