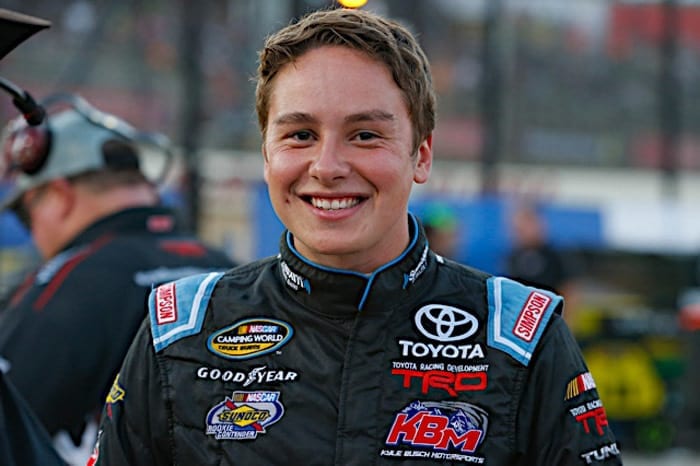 They didnt get much time, but Christopher Bell made the most of it.

Less than 25 minutes into final practice for the Camping World Truck Series at Pocono Raceway, rain hit the 2.5-mile track, putting the session under the red flag. John Hunter Nemechek stalled his No. 8 Chevrolet shortly beforehand.

Johnny Sauter was third with Kaz Grala and Noah Gragson the top five.

Stewart Friesen was the man to beat last week at Eldora and brought the pace to Pocono, earning the sixth fastest time. Justin Haley led the first session and backed it up with a seventh with Matt Crafton, Ryan Truex and Chase Briscoe the top 10.

Austin Cindric tagged the wall in session No. 1 and did not turn a lap. In total, 24 of the 31 entries made a lap.

More trouble in the No. 19 garage as gremlins are haunting the backup truck. Team working hard to diagnose the issue. pic.twitter.com/kFeFoq59Pt