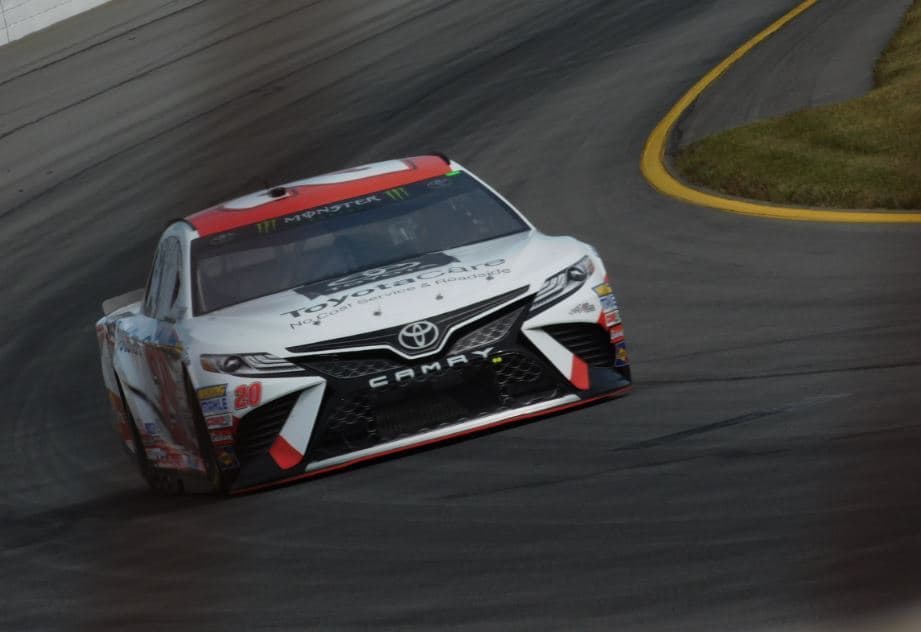 The job hunt is well underway for veteran Matt Kenseth, and the pressure is on. The 2015 winner of the summer contest at Pocono Raceway is back on top of the pylon.

Kenseth’s No. 20 car set the pace in the first practice prior to the Overton’s 400 at Pocono, with a quick time of 51.114 seconds to edge out Kyle Larson’s No. 42 machine. Kenseth started third and finished 10th in the first Pocono race earlier this year.

Erik Jones, Kenseth’s replacement for next year, ended the first session in third, just ahead of future teammate Kyle Busch, who led the majority of practice. The reigning winner of the July Pocono race, Chris Buescher, ended practice in the fifth position for JTG Daugherty Racing, one week after coming off his second top 10 of the year.

Stephen Leicht, making his return to Cup racing, spun out when he first hit the racetrack in the BK Racing No. 83 car. Leicht hasn’t attempted a Cup race since November 2012. The former Rookie of the Year made his NASCAR return at Daytona International Speedway in February, attempting to run the contest with Obaika Racing.

Jamie McMurray had the quickest 10 lap consecutive average of the three drivers who ran around the 2.5-mile track for at least 10 straight laps.