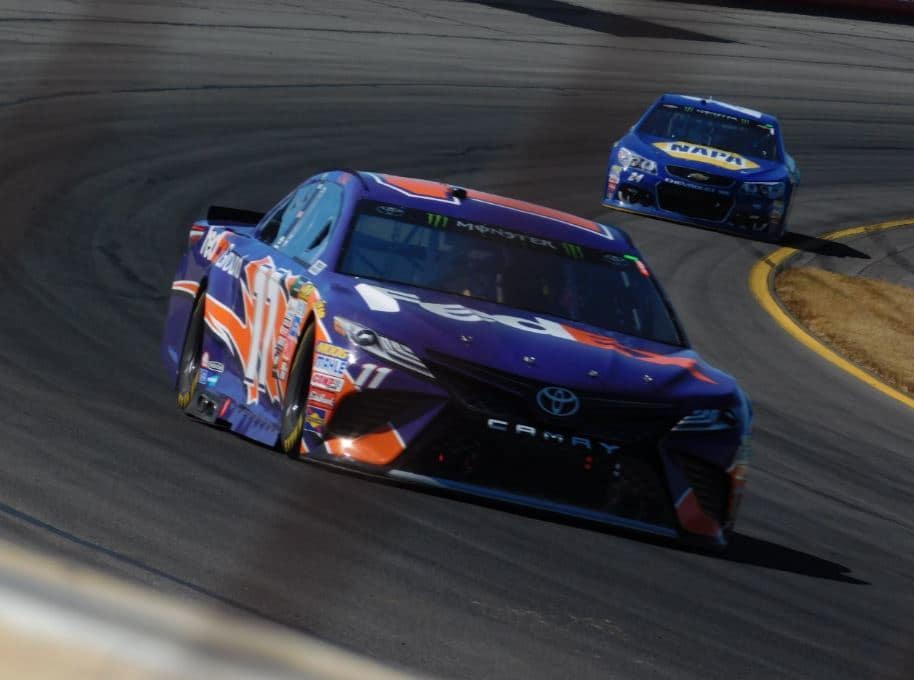 Denny Hamlin was the king of Pocono Raceway when he arrived on the Cup scene in 2006.

The Virginia native took the track by storm, dominating his first two races at the Tricky Triangle and showcasing his ability behind the wheel en route to a rare rookie sweep at the facility.

Sunday’s race was a breath of fresh air for Hamlin, taking his No. 11 Toyota back to the front at the site of his first pair of Monster Energy NASCAR Cup Series triumphs. Hamlin led 18 laps on the day, the first time he’s led more than four laps at Pocono since pacing the field for 21 circuits during June 2012’s inaugural 400-mile contest.

“The cars changed, the shifting changed and everything pretty much changed,” Hamlin said on pit road. “The surface is the biggest thing that changed on us. The techniques are basically the same, but not identical. I had a great setup and a great car back then. It was a setup that was better than anyone else’s. Essentially, it really made me look good.”

While Hamlin hasn’t been victorious at Pocono since 2010, Sunday’s performance proved he hasn’t lost his touch at the 2.5-mile track. After the track was re-paved, along with the adaptation of the Generation 6 racecar, a knuckleball came right at him.

Hamlin fell outside of the top 10 momentarily during the first stage, but rebounded to take the lead on lap 74. With persistent changes from crew chief Mike Wheeler, the No. 11 machine led 18 laps on the day, all while Hamlin wasn’t totally satisfied with the on-track product.

Along with Hamlin’s list of grievances about the ever-changing facility include the lack of an upper groove, a sentiment agreed upon by many of his peers. After Indianapolis Motor Speedway and Kentucky Speedway put PJ1 formula on the track, otherwise known as “sticky stuff,” Hamlin believes its time to make changes to the track surface at Pocono.

“I think it’s a necessity,” he said. “We’ve had great races and they’ve been close. You really need cautions here to fall and have exciting restarts and exciting racing. Side-by-side racing doesn’t really exist at this racetrack, except for one lap after a restart. I talked to the track president, and he said it’s definitely on the table for them when we come back. I would love to see it in the second to third lane.”

Hamlin leaves Pocono sixth in the championship standings, racking up his seventh top five of the year as he looks to make a title run in the playoffs.