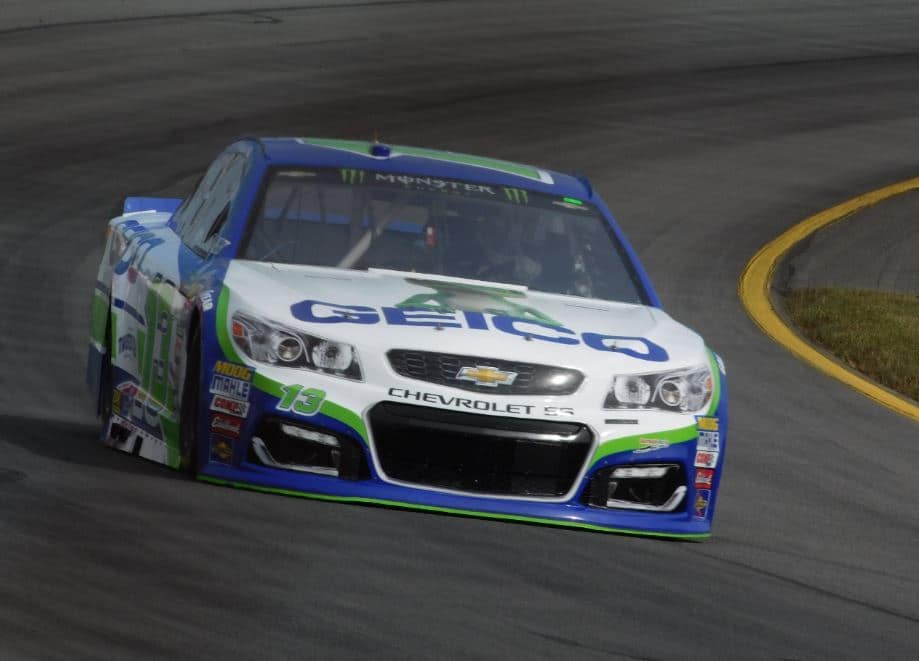 This move wasn’t really a surprise since Blaney was already under contract with Team Penske, and the team was just biding its time with sponorship before pulling the trigger on a third car. It was a huge domino because if sets off a potential chain reaction of changes that could affect at least three or four other teams, up to and including the demise of one of those teams.

Paul Menard will fill the seat Blaney vacates at Wood Brothers Racing. Menard’s a decent enough fit there; he’s steady and finishes in one piece. He’s a veteran with information to bring to the table, assuming that the alliance between the No. 21 and Penske continues, and he brings a full-time sponsor even if it comes with a less-than-classic paint scheme. But Menard is just the tip of the iceberg here.

Richard Childress Racing, the team which Menard vacates, has said it would like to continue as a three-car operation, and while it seems likely that Ty Dillon will get the seat because he’s Richard Chidress’ grandson, there are a couple of other tempting options for RCR, which has been a step behind Chevy teams Hendrick Motorsports and Chip Ganassi Racing in recent years.

2003 champ Matt Kenseth could slot in here nicely as Childress has shown a preference for having at least one veteran, though whether he wants two (Ryan Newman will drive for RCR after signing a contract extension last year) is questionable.  The popular Kasey Kahne could be available as well, leaving RCR well-stocked with options. Kahne would open up a seat at Hendrick, most likely for hot prospect William Byron, though Byron would probably benefit from another year in the XFINITY Series given his young age and relative lack of experience.

Assuming that RCR takes Dillon (imagine Thanksgiving dinner if they don’t), that leaves his seat at Germain Racing open, but if RCR also entices longtime No. 13 sponsor GEICO to move over, it could leave that team reeling. For a small team like Germain, losing

a strong sponsor would likely set it back three or four years in its progression, possibly worse.

NASCAR’s charter system is a little convoluted, but teams can lease a charter to another team for a year. After that, teams need to use it or sell outright. One team in that position for 2018 is Richard Petty Motorsports, which leased the No. 44 charter to Go FAS Racing (which leased its own charter to Wood Brothers Racing). RPM would like to run that team next year, most likely for Darrell Wallace Jr., which would leave the No. 21 searching for a charter.

But, RPM’s future is far from solid.  The No. 43 team has not re-signed sponsor Smithfield for 2018, though all indications are the organization is working on it, along with an extension for driver Aric Almirola. If that happens, look for the team to go full court press in a sponsor search for a second car, but if that deal falls apart, it changes everything for RPM and makes at least one charter available for a team like Wood Brothers Racing to purchase, which will give that team added stability.

A lot rides on the availability of charters, even though the current climate has a smaller number of teams entering races and open teams not often in danger of missing races. That could change as sponsorship prices will likely drop in the coming years, and charters will be a valuable commodity if that happens, so they will be an important piece to keep an eye on during Silly Season.

This team hasn’t gotten a ton of buzz so far, largely because sponsorship is still up in the air and, just like any other team, it could mean the difference between running next year (which would benefit both Furniture Row Racing and Joe Gibbs Racing) or not. With Erik Jones off to the No. 20 next year, the team will be a landing spot for a free agent driver, with Kenseth, whose seat Jones will fill at JGR, among the drivers on the list of possibilities.

If Kurt Busch leaves Stewart-Haas Racing, which declined an option on Busch’s contract for 2018, he adds an intriguing possibility. Busch drove for FRR in 2013 and posted a team-best 11 top-five finishes. Would he go back? Maybe, maybe not. Busch has burned a lot of bridges in the sport, so if he does leave SHR, his options could be limited.

Teams like the No. 77 are also worth watching because they’re an indicator of the overall health of the sport: factory-backed teams struggling for sponsorship is more worrisome than say, a single-car lower-tier team having the same issue. It’s for sure something to keep an eye on, especially since this team is not alone.

GMS Racing has expressed an interest in expanding to the Cup Series in 2018, presumably with driver Spencer Gallagher, though a veteran (Kahne has been bandied about) could also get them started. GMS is a solid mid-level CWTS and XFINITY team, and could be a step above some of the other very small teams in the Cup ranks. Still firmly in small-team territory, but a team coming into the sport at a level above the Rick Ware Racing or Premium Motorsports efforts is intriguing, and if the team lands a veteran driver, it could be better than expected.

Even smaller teams entering the sport is a good thing. While it’s unlikely NASCAR will see 45-50 entries on a weekly basis, it would be ideal if there was competition to make the field each week.

There are three elements to Silly Season: drivers, charters and sponsors. Charters aren’t as exciting to fans as the other two, but are important nonetheless for several reasons.

Sponsors, though, should be on everyone’s radar. It’s not just NASCAR’s smaller teams searching for backing for next year. In addition to Furniture Row’s No. 77, some of the NASCAR elite are feeling the crunch, and it could ultimately determine who’s behind the wheel of some big rides.

HMS loses Farmers Insurance on the No. 5 of Kahne, and if Kahne’s future wasn’t up in the air before, it is now. His contract runs through 2018, but should Liberty University step up, Byron could be in the car next year. Another backer could also step up Byron’s timetable or otherwise want a replacement for the underperforming Kahne.

SHR is in the same boat, except they’re potentially searching for backers for three of four cars. Clint Bowyer reportedly only has a few races sold for next year, and the same goes for the No. 10 of Danica Patrick. Haas Automation sponsors Kurt Busch along with Monster Energy, but if Monster decides to renegotiate, that team could also be on thin ice, which may be a reason for not picking up Busch’s current option. That doesn’t mean the team won’t reach an agreement with Monster, Busch or both, but it does seem that something could change.

That’s a lot of uncertainty at the top of the sport, and it illustrates how much stands to change from this year going into 2018. There are big driver moves left to be made, but sponsor and charter moves also bear close watching. One move can trigger a landslide, like the one potentially set off by Blaney’s move to Team Penske. Others might not look big on paper but have the possibility of creating ripples within teams or even wider.

Barney Visser has said publicly the 77 was a one year deal and if there’s no sponsorship forthcoming they’re closing the doors on it. So far that’s the way it looks, it’s already late in the year for getting stuff done money wise.