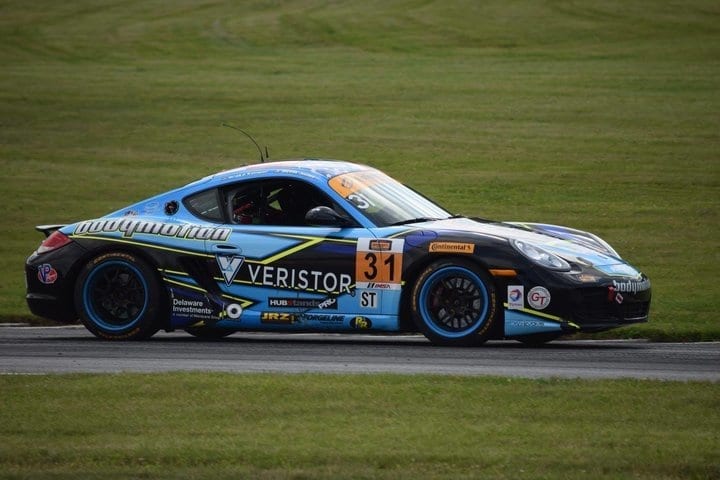 On Saturday, the IMSA Continental Tire SportsCar Challenge will be back in action for a two-hour sprint race at Road America.  32 teams are currently entered in the race.

In Grand Sport, TeamTGM is back, but with only one of their two Porsches.  The No. 4 will run with Guy Cosmo and Hugh Plumb at the wheel.  Team owner/driver Ted Giovanis recently had surgery following a practice crash at Canadian Tire Motorsports Park that resulted in the team withdrawing from the weekend there.

Motorsport in Action has entered both of their McLarens and intends to race them for the first time since June.  The No. 68 will be shared by Rod Randall and Kenny Wilden.  As a result, the No. 68 will not be available as a backup car for C360R.  C360R has fought overheating problems on their No. 77 recently.  Those issues forced the team to borrow the No. 68 at both Canadian Tire Motorsports Park and Lime Rock for drivers Matthew Keegan and Nico Rondet to race.

Finally, Automatic Racing also has a new driver lineup for this weekend.  Charles Espenlaub and Charles Putman will drive the No. 99 Aston Martin.  The two have been teammates previously with Fall-Line Motorsports in both the Continental Tire SportsCar Challenge and in the WeatherTech SportsCar Championship back in 2014.

In Street Tuner, Devin Jones is not entered in the No. 31 Bodymotion Racing Porsche Cayman this weekend.  There is a good reason for that.  Jones will make his XFINITY Series debut Saturday at Watkins Glen for SS-Green Light Racing.  The Zippo 200 will finish right around the time the Road America 120 starts.

On the original entry list, Bodymotion Racing tapped Jason Rabe to replace Jones.  Rabe was Jones’ former teammate in the No. 31, last seen winning the ST class pole at Road Atlanta last September.  However, the updated entry list now has Colin Thompson in the car.  Thompson is the current point leader in IMSA Prototype Challenge (not to be confused with the Prototype Challenge class in the IMSA WeatherTech SportsCar Championship).  Thompson is also a past IMSA Porsche GT3 Cup champion and competed in Pirelli World Challenge last year for K-PAX Racing.

Freedom Autosport’s Britt Casey Jr. has yet another new co-driver, his fourth of the year.  This time, it is Tom Long that will serve as Casey’s co-driver, replacing Matthew Fassnacht.  Long formerly raced full-time for Freedom Autosport and has won with the team in the past.  Quite simply, Long doesn’t have a ride for the weekend since the Mazda RT24-Ps have been parked for the year.

There are two other driver changes of note.  For MINI JCW Team, Chris Miller is listed as a driver of the No. 52 MINI, replacing Mark Pombo.  Miller is part-time in the IMSA WeatherTech SportsCar Championship, serving as the third driver for JDC/Miller MotorSports in the Prototype class.  Finally, Justin Piscitell is back in Murillo Racing’s No. 65 Porsche Cayman, replacing Brent Mosing.