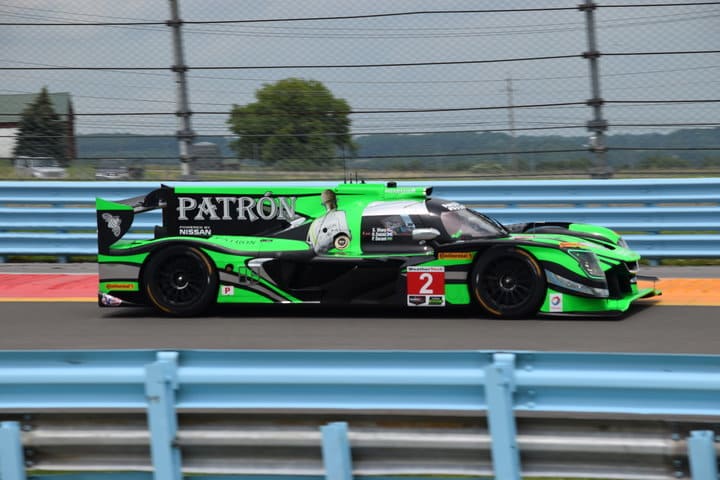 On Saturday morning, IMSA WeatherTech SportsCar Championship teams got a fully dry session in which to turn laps in.  Tequila Patron ESM’s Ryan Dalziel was fastest overall with a lap of 113.851 seconds (127.998 mph).  The lap is the fastest of the weekend and nearly two-thirds of a second faster than last year’s pole.

In Prototype Challenge, Patricio O’Ward was fastest with a lap of 118.025 seconds (123.472 mph).  That is a class record for Road America, topping a time set by Bruno Junqueira in 2014.  O’Ward’s lap (ninth overall) was nearly three seconds faster than BAR1 Motorsports’ Buddy Rice.

In GT Le Mans, BMW Team RLL’s Martin Tomczyk was fastest in class with a lap of 122.129 seconds (119.322 mph).  That was more than half a second faster than Dirk Müller in the No. 66 Ford.  Alexander Sims was third fastest in the second BMW, followed by Corvette Racing’s Oliver Gavin.  Ryan Briscoe in the No. 67 Ford was fourth quickest.

GT Daytona saw the class very close together once again.  Stevenson Motorsports’ Lawson Aschenbach set the best time (126.600 seconds, 115.108 mph) very early in the session.  It held up as the best time, but by only seven-hundredths of a second over Turner Motorsport’s Jesse Krohn.  Scuderia Corsa’s Christina Nielsen was third quickest in the Ferrari, followed by Park Place Motorsports’ Jörg Bergmeister.  SunEnergy1 Racing’s Tristan Vautier was fifth quickest.  The entire 16-car class was separated by less than a second.

The No. 93 Michael Shank Racing with Curb-Agajanian Acura NSX GT3 for Andy Lally and Katherine Legge ended up sixth quickest in the session.  However, Legge spun and crashed into the tire barriers at Canada Corner, causing a red flag that ended the session seven minutes early.  Legge was ok, but the No. 93 Acura was hurt extensively.  The team will likely skip qualifying as they try to repair the NSX.

IMSA WeatherTech SportsCar Championship is scheduled to begin at 1:35 p.m. EDT.  It will be streamed live at both IMSA.com and FansChoice.tv.