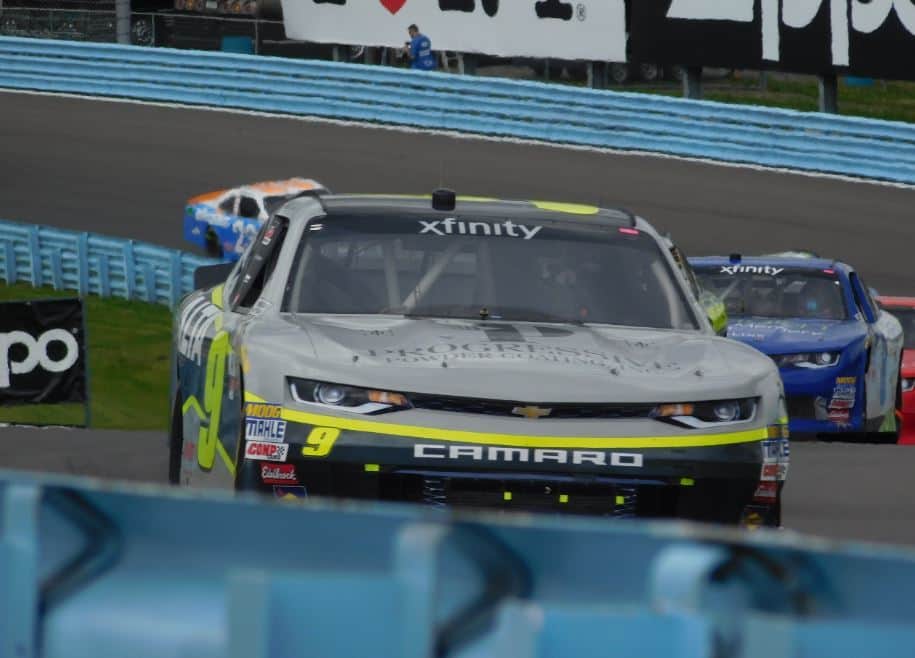 In his first ever road course race in a NASCAR stock car, William Byron didn’t just survive: he thrived.

Byron, the 18-year-old Rookie of the Year contender from Charlotte, N.C. brought his No. 9 AXALTA Chevrolet home in 10th place after the 82-lap Zippo 200 from Watkins Glen International.

“I thought it went OK,” Byron said following his 14th top 10 of the season. “We got a top 10 out of it and that was really good for us. Something to build on for sure. Just got to get better for next week and improve.”

This result was Byron’s eighth top 10 in a row, dating back to Michigan in June where he finished second to Denny Hamlin (who later had the win encumbered). Looking ahead, the series will head to Mid-Ohio Sports Car Course next weekend and finish out the month of August at Road America.

Byron isn’t short on confidence heading to two more venues where right and left turns are necessary for success.

“I think I feel really good about the next few races for us,” Byron said regarding the road-course filled month of August on the XFINITY Series schedule. “I think we’re going to be solid there (at Mid-Ohio and Road America) and hopefully we can just continue to build on it and improve.”

In light of the recent rule change announced by NASCAR limiting Monster Energy NASCAR Cup Series regulars to seven XFINITY and five Camping World Truck Series events for next season, Byron enjoyed racing with the “big boys” on his first ever road course race in the series. He also mentioned that he can learn things during the course of the race that he applies later on in the event.

“Yeah I think so,” Byron said of learning things from Cup drivers. “Just the rhythm and the intensity that it takes (to run with them), kind of keeping your momentum up and everything. So it’s good for us. I think today was a good solid day.”

Byron remains second in the driver points standings, 52 markers behind his JR Motorsports teammate Elliott Sadler. The No. 9 entry sits fifth in the owners standings, 153 points behind the No. 22 entry.