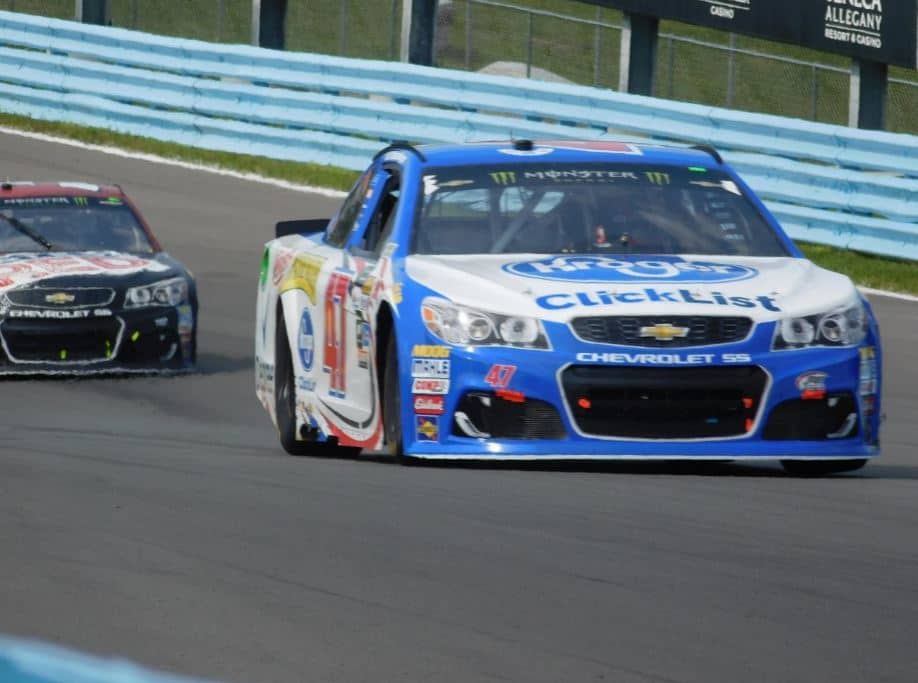 The results page will show what was a good day Sunday at Watkins Glen International for JTG Daugherty Racing: an 11th-place finish for Chris Buescher and a ninth for AJ Allmendinger.

With both drivers sitting outside the top 25 in points, the I Love New York 355 was particularly rewarding, as they also were the top two Chevrolet drivers of the race.

However, when you’re AJ Allmendinger, a Watkins Glen winner and an overall road course ace in the Monster Energy NASCAR Cup Series, a top 10 isn’t quite what you’re looking for when the sport enters you’re bread and butter.

When fuel mileage came into play in the closing laps, Allmendinger still came out with a positive result.

“It was just fuel saving,” Allmendinger said. “I felt like I saved a lot so maybe too much. It was a solid day. I always want more here… but it was a tough weekend and we got everything we could.”

With a second top 10 in the last three races in 2017, Allmendinger even got a positive message from Kyle Busch, as the two spoke trackside after the race.

“He was way faster than me all day, so every time he caught me, I let him go,” he said. “He just said that was the most gracious thing he had ever seen.”

Despite his expertise behind the wheel, equipment is where JTG and the 35-year-old lacked on Sunday. At this point, Allmendinger feels the gap between big and small teams is only increasing and the importance of car over driver is “getting closer” even at road course events.

“It’s just gotten to the point where the big teams have gotten such a gap on the small teams,” he said. “We have a lot of work to try and make it up. Sonoma, you can get away with it a little because it’s so slick. But this place is almost a mile-and-a-half racetrack with turns in it.

We all want more!