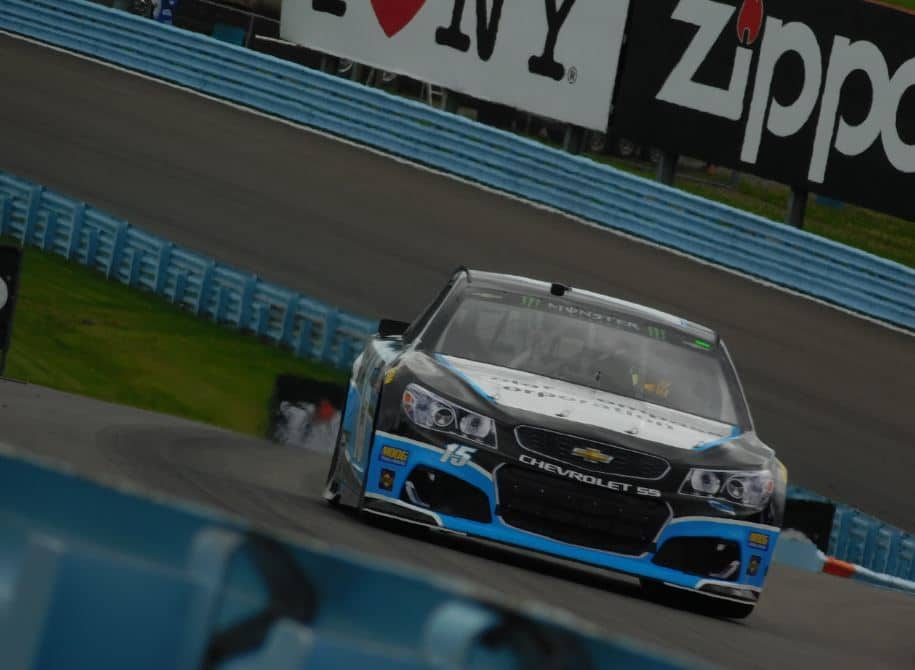 Gary Klutt knows how to bring Canadian flair to the United States. Whether it’s in front of the camera or behind the wheel, the native of Halton Hills, Ontario, Canada, knows how to have fun in the process.

At 24 years old, Sunday will be a new challenge for Klutt, who trades his usual NASCAR Pinty’s Series ride for a Monster Energy NASCAR Cup machine in Sunday’s I Love New York 355 at Watkins Glen International.

Being a Canadian in the Cup Series may be unique enough, but Klutt has an interesting background in reality TV. He works on a family-owned show Legendary Motorcar, which airs on Velocity and Discovery. There, Klutt chases his passion for road cars.

“Not a lot of guys my age are into the muscle cars or the 1950s car, old racecars,” Klutt told Frontstretch. “I try to rub off on my friends as much as I can. It’s a car show, get to hang out with my dad, run around the country buying and selling cars. It’s a lot of fun. I’m fairly comfortable in front of the camera now.”

After some time away, Klutt is back into national NASCAR for the first time since running for Kyle Busch Motorsports last September at Canadian Tire Motorsport Park. Now, he’s snuck onto the entry list with Premium Motorsports for the series’ final road course race of the year. Klutt says it was a package deal with the team’s Truck Series program that will also allow him to run north of the border.

“Really, I was just looking for a Truck ride for Canadian Tire Motorsport Park, these guys have a truck,” Klutt said. “And then they were also looking for a driver for Watkins Glen, a road course guy. I fit the bill, so we did the deal.”

Now, he’s standing for the first time in the top echelon of NASCAR. In practice this weekend, Klutt has found similarities with the Pinty’s Series, a division he has started in 33 times since 2010.

“The cars are a lot faster,” he said. “The equipment is a lot better; a couple guys at the top of the Truck Series have some serious equipment but here… everyone all the way down, you’re competing with the best.  You can’t quite slide these cars like you can the Canadian ones.”

With Premium fielding nine drivers through the opening 21 weekends of 2017, Klutt is open to switching to oval races but has no concrete plans for the near future.

“Nothing yet,” he said of races beyond the Glen. “I’d probably have to do other Truck or XFINITY races before I’d get qualified to run Cup on oval stuff. No other plans yet but we’ll see how this weekend goes.”

“I’d really like to get into some good equipment and run some XFINITY. Here [Watkins Glen] would be cool after having experience this weekend.”

Speaking of XFINITY and Canada, Klutt would love to see one of the top two national series race in CTMP to better the connection between Canadian and American NASCAR.

“If we could get an XFINITY or Cup race up in CTMP, that would be huge,” he said. “You’d have all the high-level Canadian guys wanting to run that race. They’d try really hard to do so.”

Though it’s his first time racing a Cup car at The Glen, Klutt has fond childhood memories of this old racetrack in western New York.

“I used to come camping here all the time,” he said. “My dad raced vintage cars, so he was here. Every year we would come it would be the big trip down to the States. It’s such a cool place, lots of history.”

That makes for a special Sunday for Klutt, who has his hopes on reaching the top half of the Cup field after 90 laps.

At least he can say he beat Dale Jr in his Cup debut.