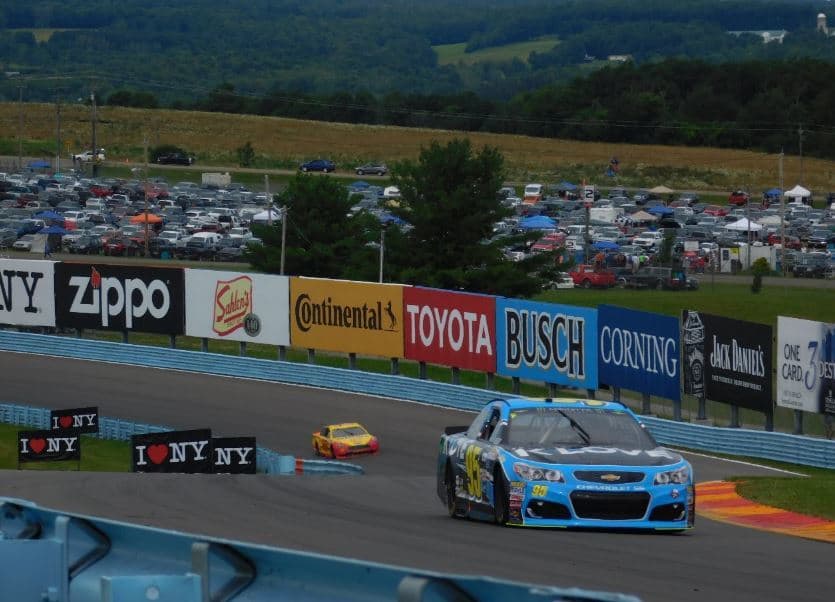 DraftKings daily fantasy NASCAR is going road course racing for the second and final time this season. Green flag is scheduled for 3 p.m. ET on Sunday for the I Love New York 355.

Dominator points go out the window this weekend with only 90 laps in this race. The strategy for Watkins Glen will be similar to Daytona and Talladega in the fact that you will want to focus on position differential points. Even though the pole-sitter has been the dominant point scorer on conventional tracks to this point, it will be more beneficial to find drivers who practice well, but qualify mid-pack.

This week’s fantasy forecast is brought to you by DraftKings, the No. 1 platform for Daily Fantasy Sports. You can jump in on all of the daily fantasy NASCAR action at Watkins Glen this weekend by signing up at this link for a free entry into one of this weekend’s contests. All you have to do is make a $5 deposit to get started!

Kurt was 14th fastest in first practice on Saturday. The team made adjustments and he moved up to second in final practice later that afternoon, running in race trim. He has top-five speed this weekend, and has historically been fast at The Glen. He has the third-most fastest laps recorded of all active drivers. He is also second behind his brother in quality passes at this track.

Kurt has four straight finishes of 11th or better here, dating back to his season with Furniture Row Racing. His qualifying position of 18th is incredibly appealing. Position differential points will be the difference between cashing out on DraftKings or not. Even if he is a low top-10 finisher, he is still running positive.

Logano was seventh in opening practice, but slid back to 15th in final practice. He qualified 13th, which seems to be his ceiling in car performance for this race. Luckily, he has one of the most aggressive crew chiefs when it comes to pit and race strategy. With this being one of the five race left before the end of the regular season, Logano is in dire need for a win in order to make the playoffs.

Joey has two straight top-two finishes in New York, including a win in 2015. Logano has also finished inside the top 10 in five of the past six races run at Watkins Glen. He finished 12th at Sonoma in June, the only other road course date on the schedule.

If Logano can sneak inside the top 10 for the sixth time in seven years, he will bring in more than enough points to help you cash out this weekend.